American National Federation of Jewish...
◀ Back to: Auctions 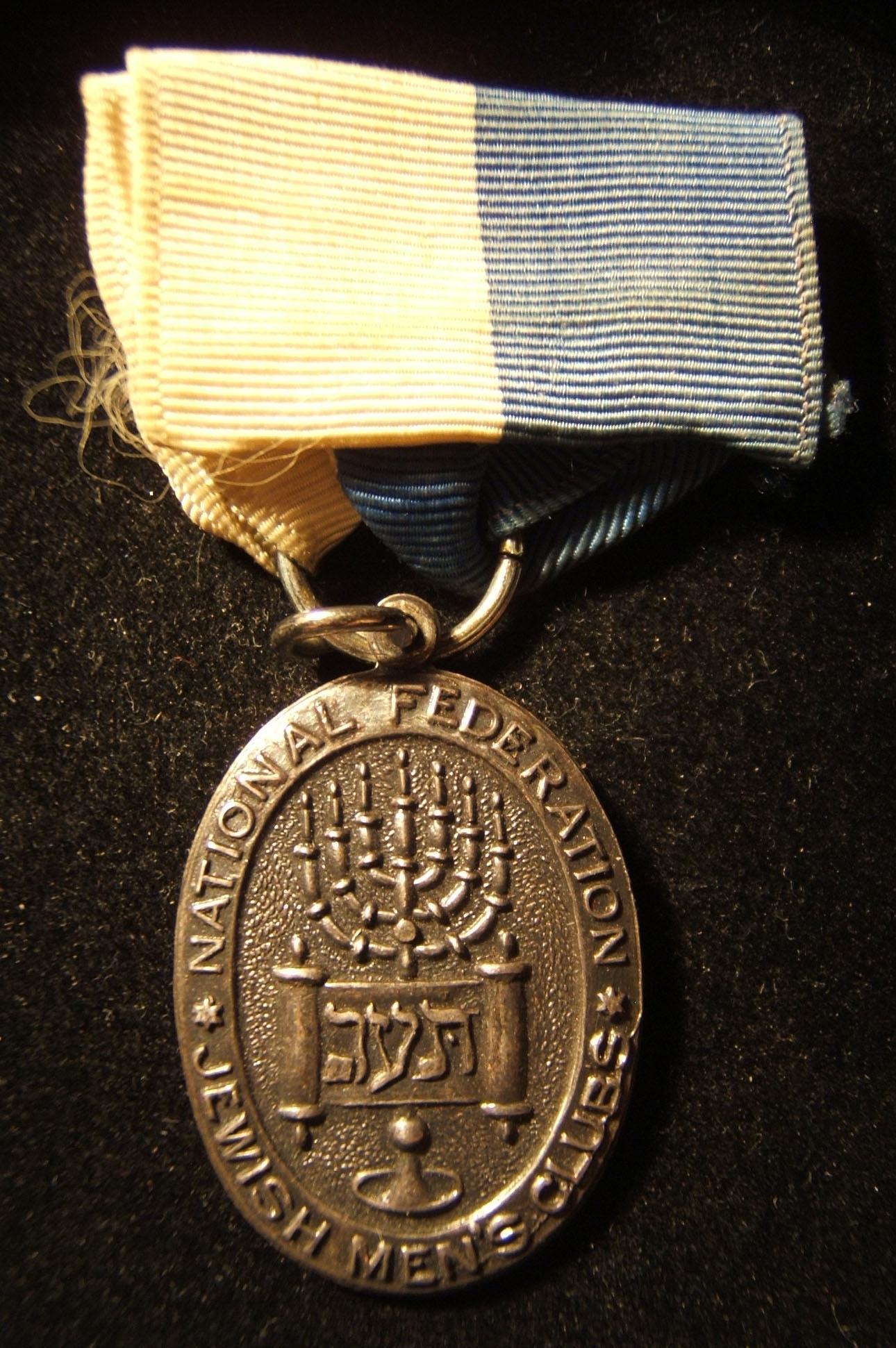 Hover to Zoom, Click to Enlarge
Ask a question about this product
Log-in to Bid
Description
United States: National Federation of Jewish Men's Clubs medal, circa. pre-1950's; silver; manufactured by Popular E & M company of New York; size (tallion only): 23mm x 34.5mm; weight: 12.15g. The medal is oval and uniface, depicting the Federation's original emblem, with its name around the edge, and attached to a blue and white ribbon. The Federation is part of the United Synagogue of Conservative Judaism, founded in 1929, but established across north American and abroad, including Israel. The purpose of the Federation is to build a network from existing Jewish men's clubs, to strengthen Jewish identity and help tackle common problems. The Federation has managed over the years a series of different community programs and within their framework it issues service awards and prizes to members or affiliated clubs - and this medal is probably one of those prizes awarded in the past. Unlike most other (Conservative) Jewish organizations originating in the United States, after 1952 the FJMC ceased to view New York as the center of the Jewish community of America, and has elected then and since presidents from beyond the East Coast and also from Canada. As this medal was manufactured in New York and bears the Federation's old emblem it probably dates from the 1930's-40's; in AU-Unc.