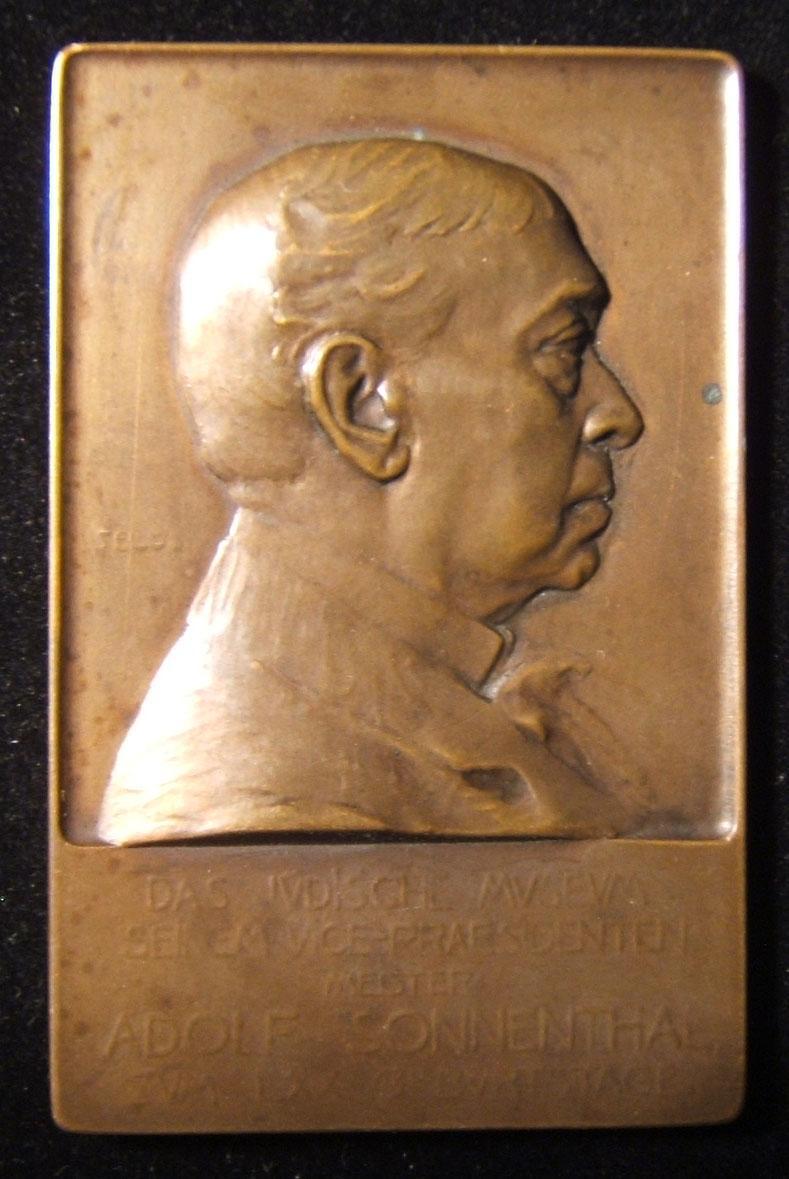 Hover to Zoom, Click to Enlarge
Ask a question about this product
Log-in to Bid
Description
Austria: Adolf von Sonnenthal 70th birthday uniface plaque by Ede Telcs, 1904, in bronze; size: 44 x 67.75mm; weight: 75.35g. The German legend reads that the plaque was issued in honor of Sonnenthal by the vice president of the Vienna Jewish Museum. Sonnenthal was an Austrian-Jewish actor in honor of whom numerous medals were made during his lifetime: the presentation of this medal to him by the Jewish museum rather than by a higher authority (in spite of Sonnenthal being accorded nobility by the emperor) was probably due to the anti-Semitism of the Viennese mayor, Karl Lueger (in 1896 the celebration of his fortieth anniversary was marred by the anti-Semitic feeling of the Vienna city council which refused to extend the freedom of the city to him). The medallist Telcs was a Hungarian-Jew, and became the official war medalist of the Austro-Hungarian empire during the First World War. This medal was one of five he presented to the Budapest Jewish Museum, and may therefore represent one of the most important works of his according to his own judgment. References: JMM-80 & 81, Forrer vol. 8 and Jewish Encyclopedia entry for Sonnenthal.