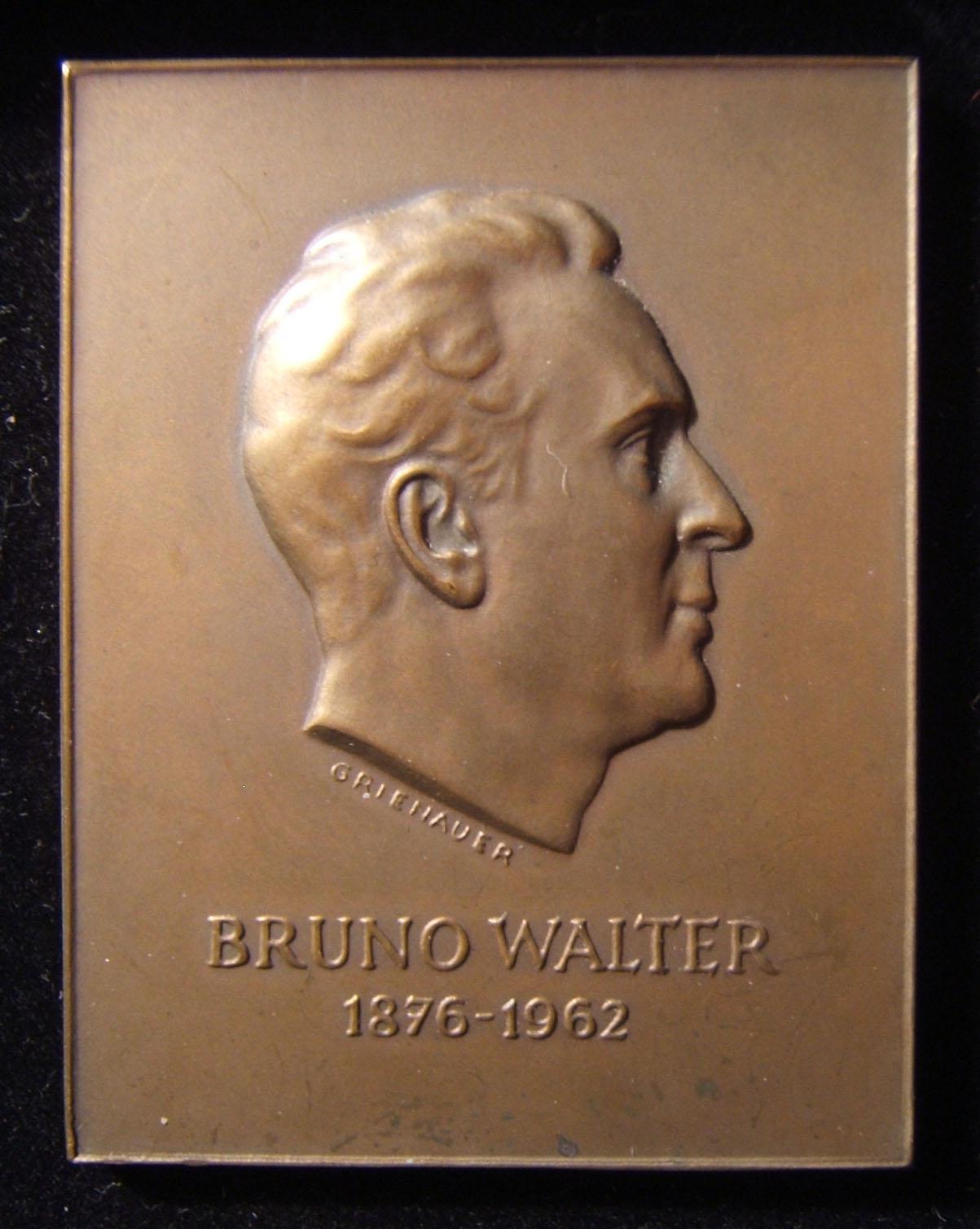 Hover to Zoom, Click to Enlarge
Ask a question about this product
Log-in to Bid
Description
Austria: Bruno Walter profile bronze uniface plaquette by Edwin Grienauer, c. 1962; size: 47 x 60.5mm; weight: 70.1g. Walter (1876-1962) was a German-born Jewish conductor, who conducted symphonies in Germany, Austria and New York; a close friend of Gustav Mahler and considered one of the foremost musicians of the 20th Century. The medallist Grienauer (1893-1964), is considered one of the more important Viennese sculptors and medallists of the 20th Century, and has - ironically - to his credit a bust of Adolf Hitler, which was displayed for a time in the lobby of the Vienna University until it was returned to him after World War II.