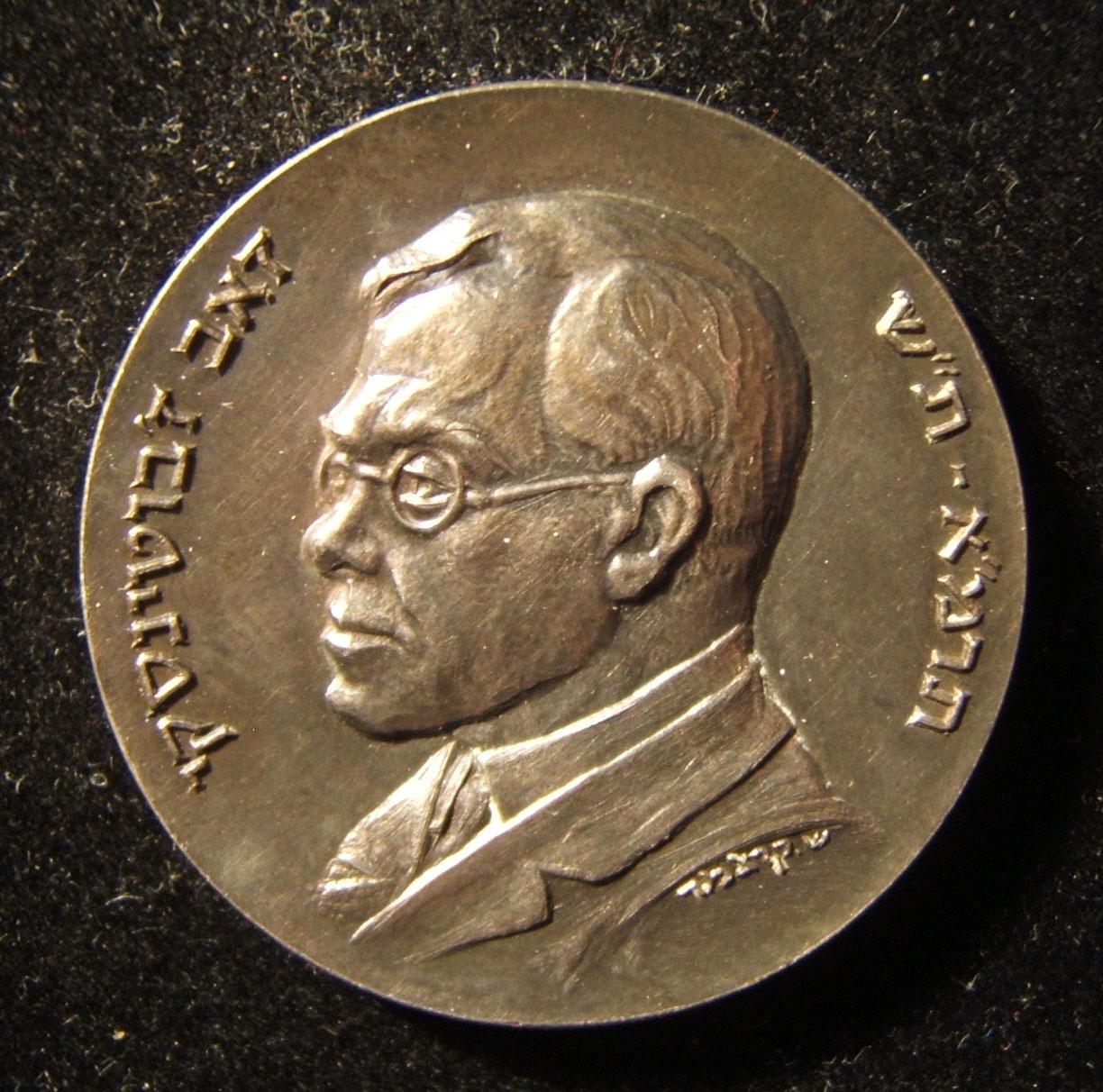 Hover to Zoom, Click to Enlarge
Ask a question about this product
Log-in to Bid
Description
Israel: Ze'ev Jabotinsky 20th anniversary of death commemorative medal in silver, 1960, by Shmuel Kretchmer; size: 33.25mm; weight: 24.4g. Obverse depicts bas-relief of left-facing Jabotinsky with his name and dates of birth and death in Hebrew. On reverse bas-relief of Israel and both banks of the Jordan river, with quotation from Jabotinsky's poem (oddly, laid out from left to right), "This one is ours - and that is as well". The medal is marked "935" and "29 [of the month of] Tammuz 5720 [1960]" on the rim, referencing Jabotinsky's Hebrew date of death in 1940. In BU with luster and lovely patina.