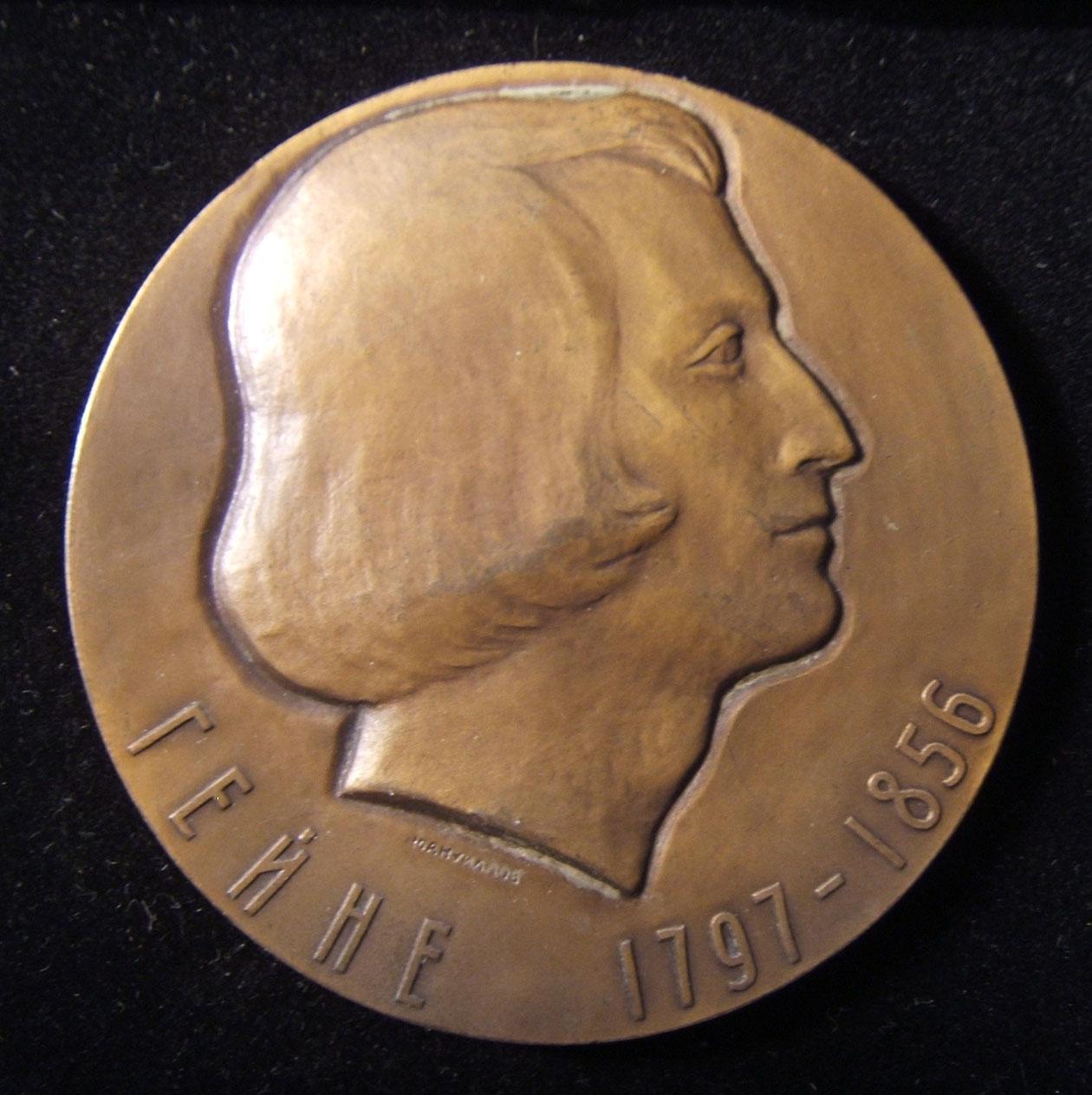 Hover to Zoom, Click to Enlarge
Ask a question about this product
Log-in to Bid
Description
Russia/USSR: Heinrich Heine bronze medal by A. A. Manuilov, 1974; size: 60mm; weight: 124.15g. Obverse depicts right-facing profile of Heine, his name and his years of birth and death below. On reverse a waving banner with quotation from one of Heine's works. Ordinarily the marks of the minting company and the date appear at the edge: here it looks like the date was double-stamped and deformed.