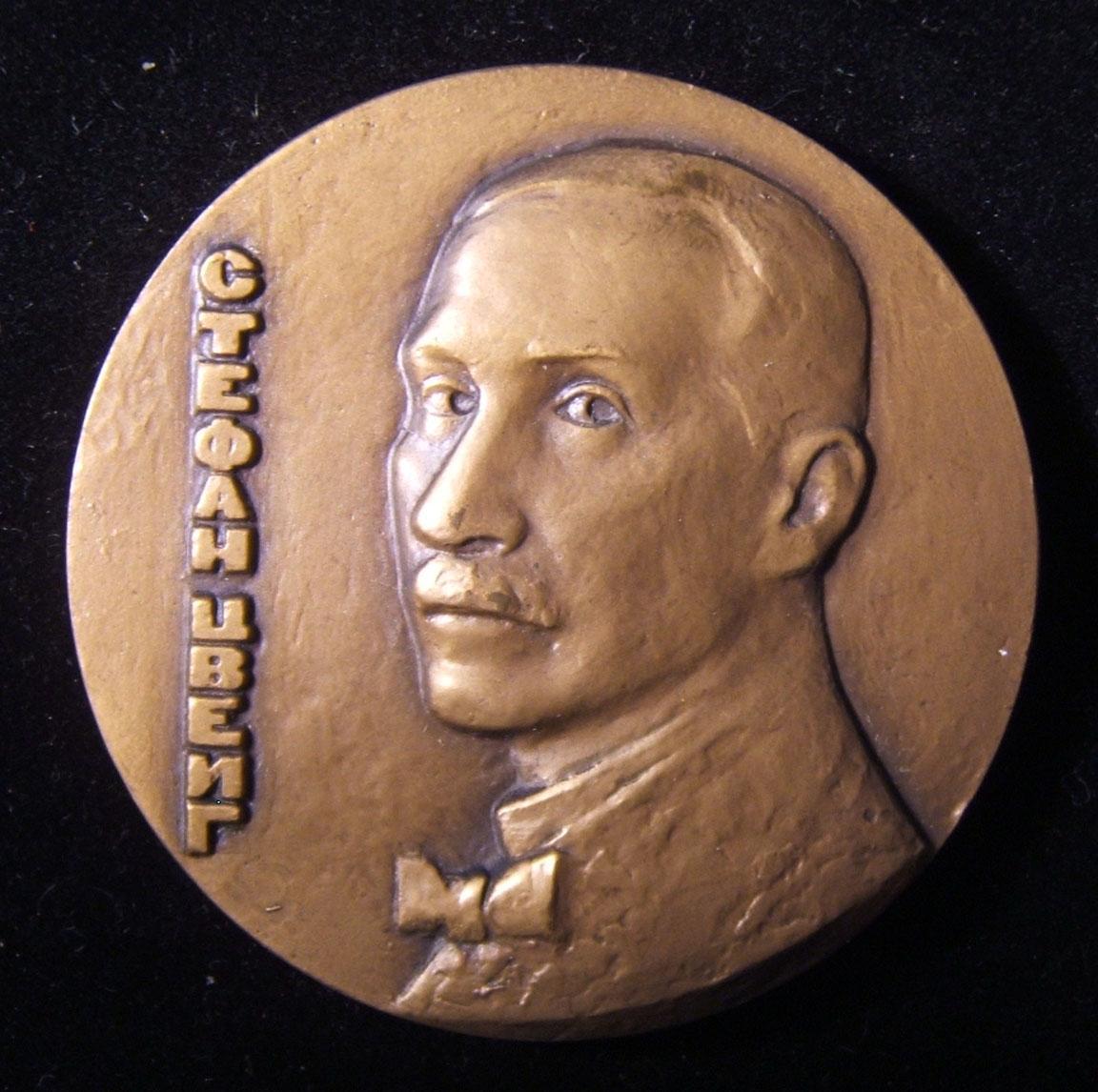 Hover to Zoom, Click to Enlarge
Ask a question about this product
Log-in to Bid
Description
Russia/USSR: Stefan Zweig birth centennary bronze medal by Joseph Ivanovitch Kozlovsky, 1981; size: 60mm; weight: 122.25g. Zweig was a Jewish-Austrian novelist, playwright, journalist and biographer, becoming at his height one of the most popular writers in the world. The medallist Kozlowski (1913 - 1993) was a Soviet sculptor and artist, and may have been Jewish.