American Gershwin brothers Library of...
◀ Back to: Auctions 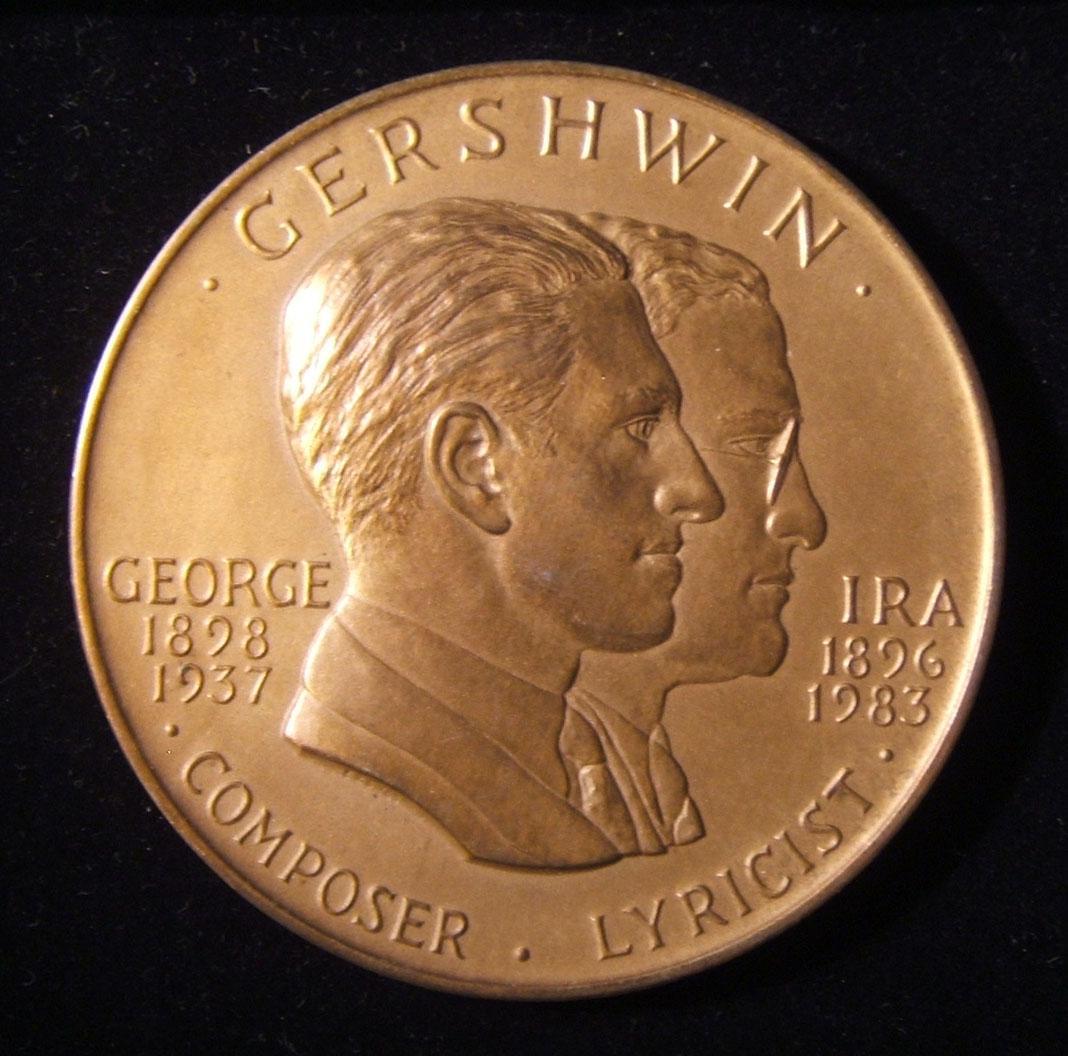 Hover to Zoom, Click to Enlarge
Ask a question about this product
Log-in to Bid
Description
US: Gershwin brothers Library of Congress award medal in bronze, 1985; designed by Edgar Zell Steever IV (1915-2006); size: 76mm; weight: 222.35g; thickness: 7mm. Obverse: left facing busts George and Ira, each with years of birth / death, and profession below; Steever's initials below bust. Reverse: 2 bars music with lyrics from "Of Thee I Sing" (1931) + legend "Medal of the Congress 1985" & "Of Thee We Sing". This is a commemorative version of original 'Congressional Gold Medal' instituted in 1985 to posthumously honor the Gershwins; in 2007 the Library of Congress named its annual silver medal "Prize for Popular Song" after them.