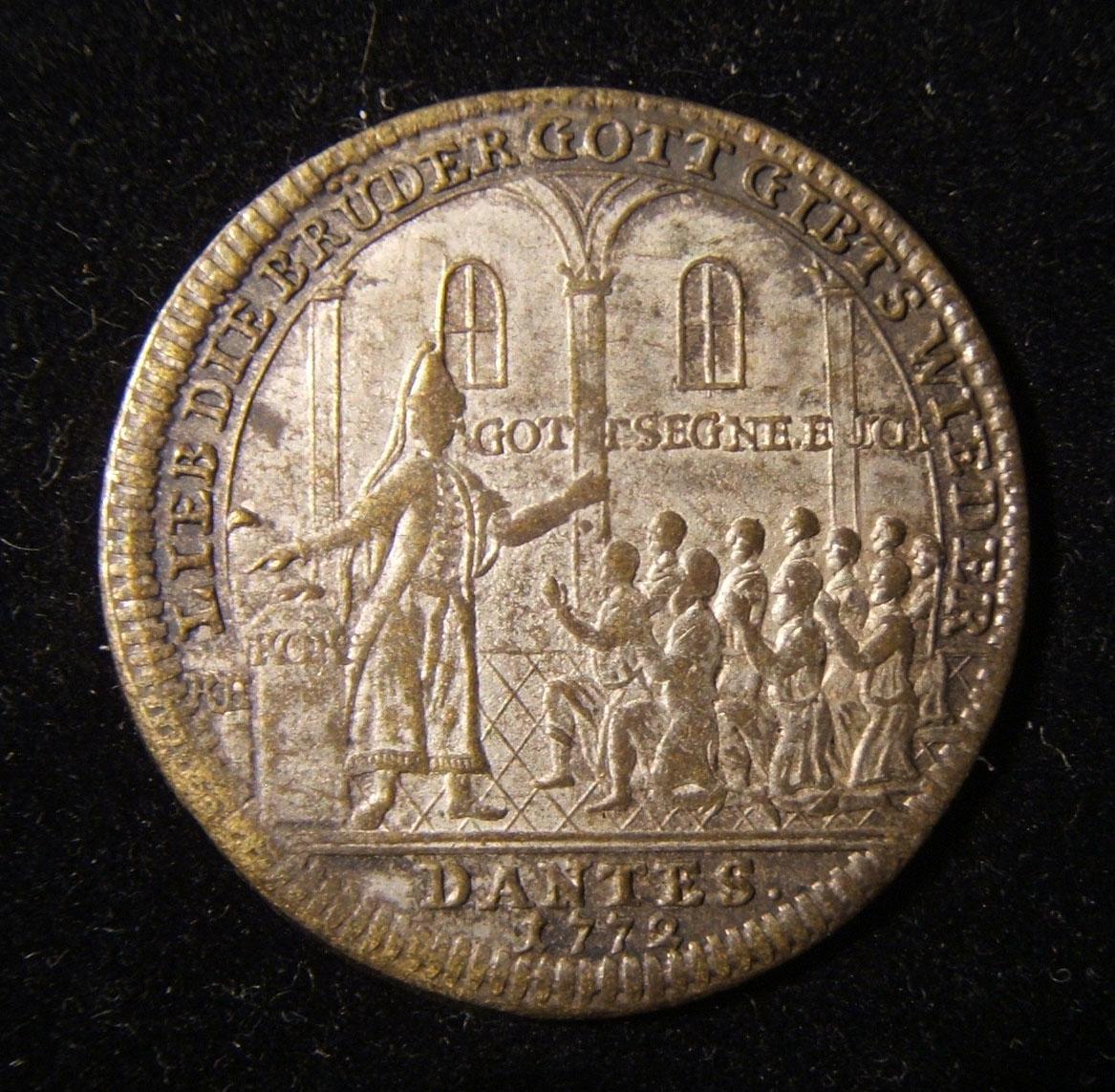 Hover to Zoom, Click to Enlarge
Ask a question about this product
Log-in to Bid
Description
Germany > Brandenburg: Joseph and His Brothers inflationary Jeton ("Josefs-Jeton" - "Joseph und Seine Bruder" teuerungsjeton), 1771-1772; struck in silvered brass; by Johann Christian Reich; 29mm, 5g. Obverse depicts Joseph (with right hand over sack of corn) and his brothers (kneeling before him) surmounted by German legend "LIEB DIE BRÜDER GOTT GIBTS WIEDER" (loosely translated as "The Brother Loves the G-d Who Gives Again"); below Joseph's hand is "RE KOR" and between the colonades "GOTT SEGNE EUCH" ("G-d Bless You"); below the image on two lines is "DANTES. 1772". On reverse is 15 lines of text, starting with "1771." and listing various food product costs; legend ends with "FÜRTH.". Coin alignment; thin planchet. Kirschner is hesistant to classify these jetons as anti-Semitic; some variations have an anti-Semitic tone, but others like this one are more restrained: it draws on the Biblical story of Joseph and the 7 year famine in Egypt, but in this version it inspires praise in G-d rather than blaming Joseph himself for the strife. In VF+; Brettauer-1930.