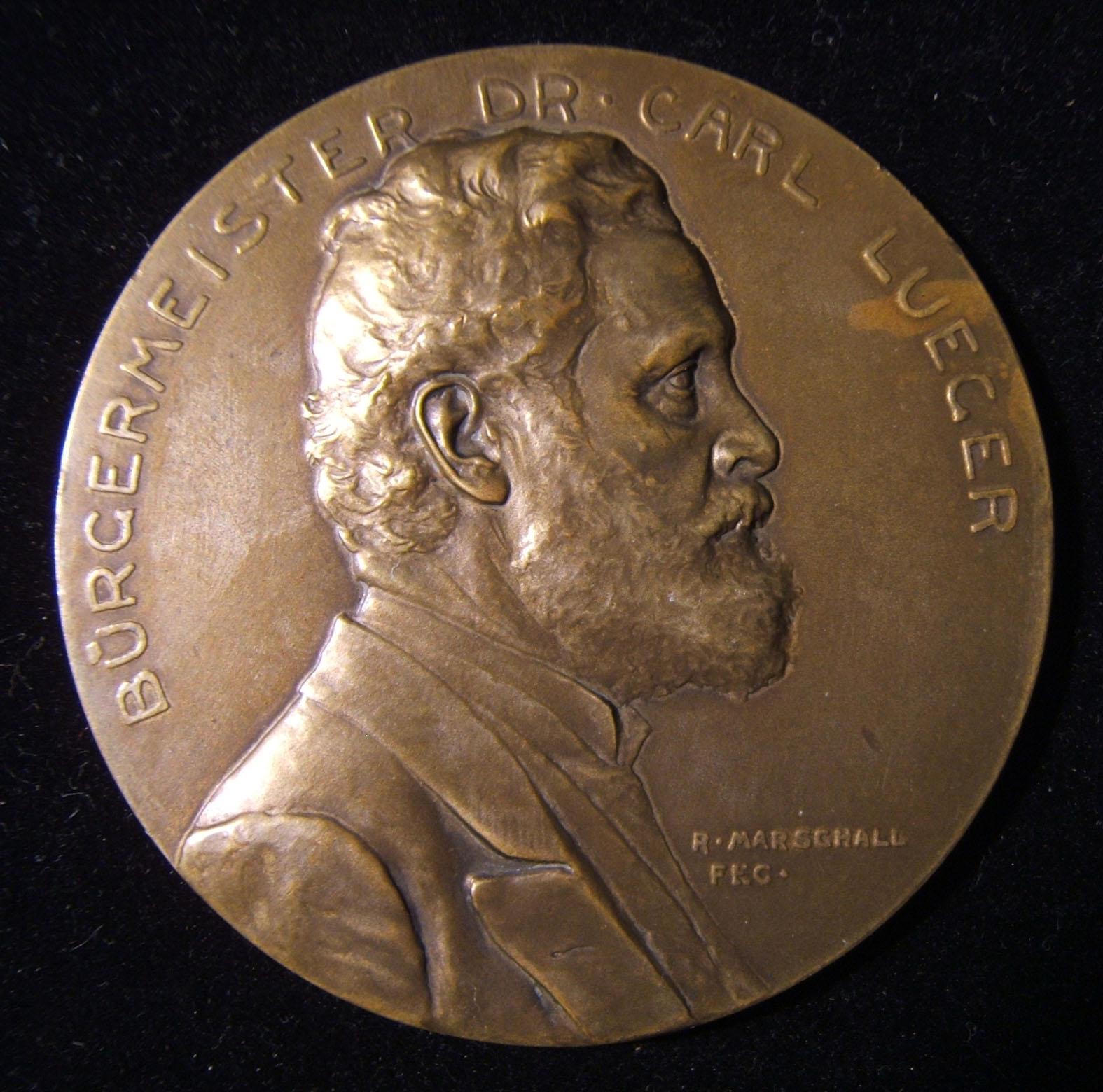 Hover to Zoom, Click to Enlarge
Ask a question about this product
Log-in to Bid
Description
Austria: Dr. Carl Lueger, Mayor of Vienna 60th birthday medal in bronze (1904) by Rudolph Ferdinand Marschall (Austria); 60mm, 68.65g. Depicts right facing bust of Lueger with legend "BÜRGERMEISTER DR • CARL LUEGER" and "R•MARSCHALL FEC•" on two lines next to bust. On reverse 11 line legend in German: "in grateful love to a great man by Christian Austria on his 60th Birthday". Karl Lueger (1844-1910; interestingly his name is spelled with a "C" on the medal) was a highly praised mayor of Vienna, who helped improve its infrastructure but also known for his racist view against non-German minorities, including Jews (though credited also for his saying, "I decide who is a Jew", having had many Jewish friends). The medalist, Marschall, was court medalist to the Austrian Emperor and his works also include Jewish figures, like the actor Josef Lewinsky (1898). In EF-AU.