Israeli business momento tallion of...
◀ Back to: Auctions 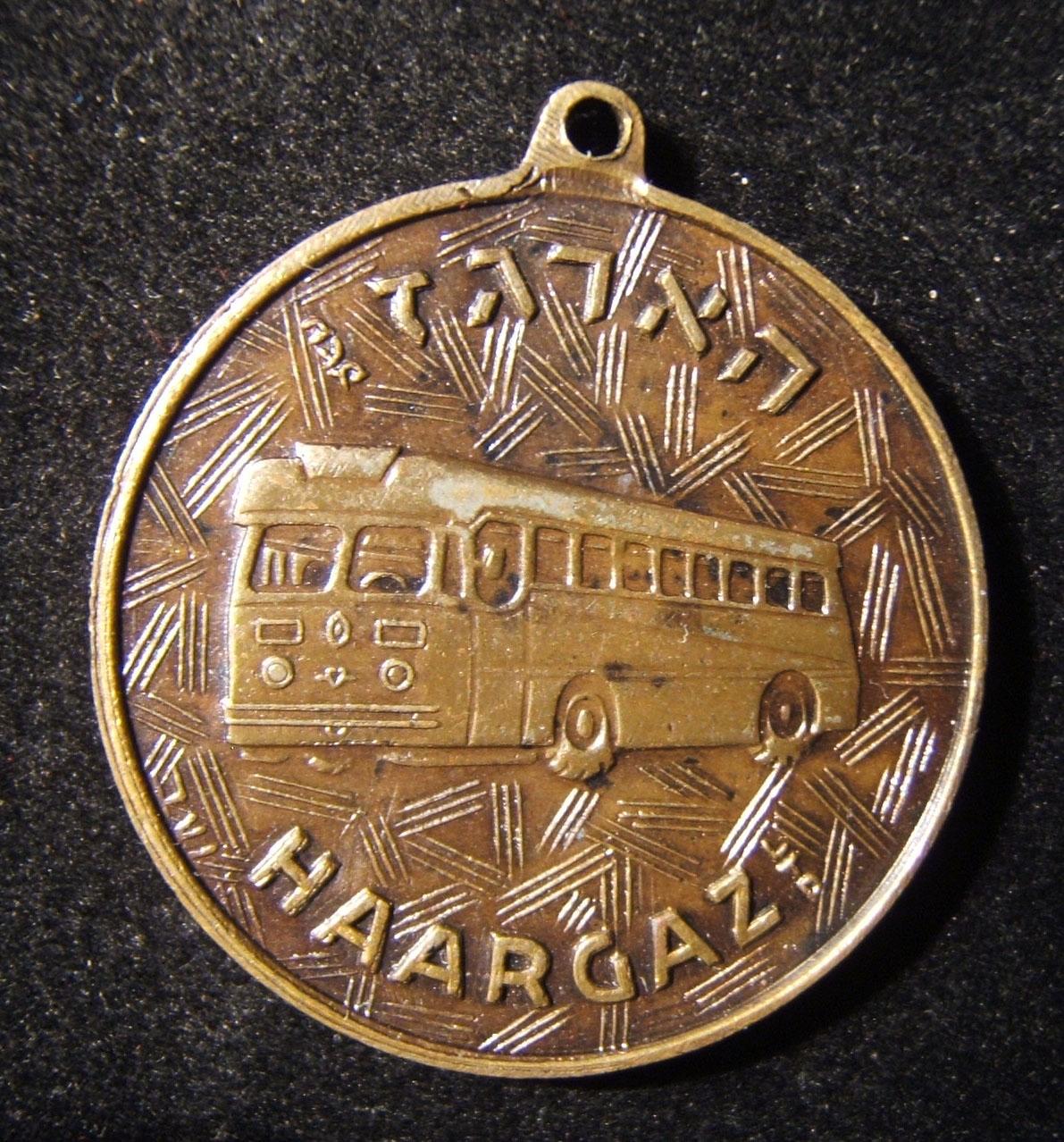 Hover to Zoom, Click to Enlarge
Ask a question about this product
Log-in to Bid
Description
Israel: business momento tallion of "Ha'argaz" (The Box), c.late 1950's-1960s; size: 31.25 x 34.5; weight: 12.85g. Obverse bears company name in Hebrew & English above/below an image of a bus + designer's name/initials in Hebrew - VAAR or VAAB by edge to left to bus; on reverse the Hebrew legend "Steel Furniture" around image of metal file cabinet & 5-digit phone number below (eg. estimated era of this tallion). The company was founded in 1932 as a workers' cooperative for the manufacture of fruit containers; began building buses in 1933 (one of the largest to this day); from 1936 it worked in conjunction with the Haganah militia to built armoured cars; from 1949 onwards it began manufacturing various metal implements for military & domestic use.