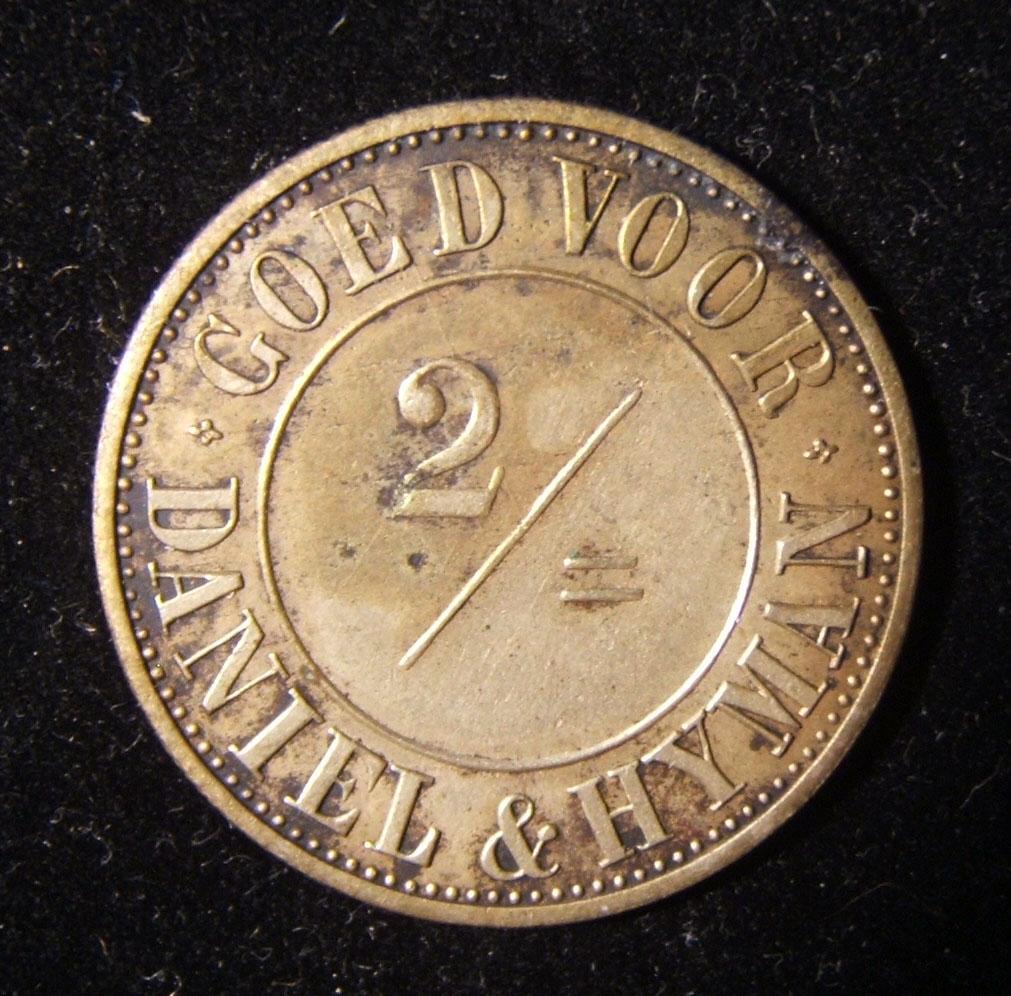 Hover to Zoom, Click to Enlarge
Ask a question about this product
Log-in to Bid
Description
South Africa > Orange Free State: Jewish merchant 2 Shilling cupro-nickel token for "Daniel & Hyman" business of Bloemfontein, 1867; not maker-marked; size: 30mm; weight: 6.85g. Obverse bears "2/=" denomination in center and legend in Afrikaans "Goed Voor Daniel & Hyman". On reverse coat of arms of the Orange Free State, and legend in Afrikaans all around "Bloemfontein Oranje Vry Staat 1867". The partners Daniel and Hyman established their "Storekeepers and General Dealers" business on 1 January 1864, and issued these tokens to overcome a shortage of small change. These were a unique production as the city had been using cardboard "good for" tokens which quickly became damaged. One hundred pounds of these tokens were minted in 4 denominations for the business in 1867 by a Birmingham-based coinmaker but were quickly withdrawn by the company when cointerfeits appeared, making them now rare. Ref: Theron O1; Maynard M.2; Hern p.59. In VF.