American $1 donation Judaica token for...
◀ Back to: Auctions 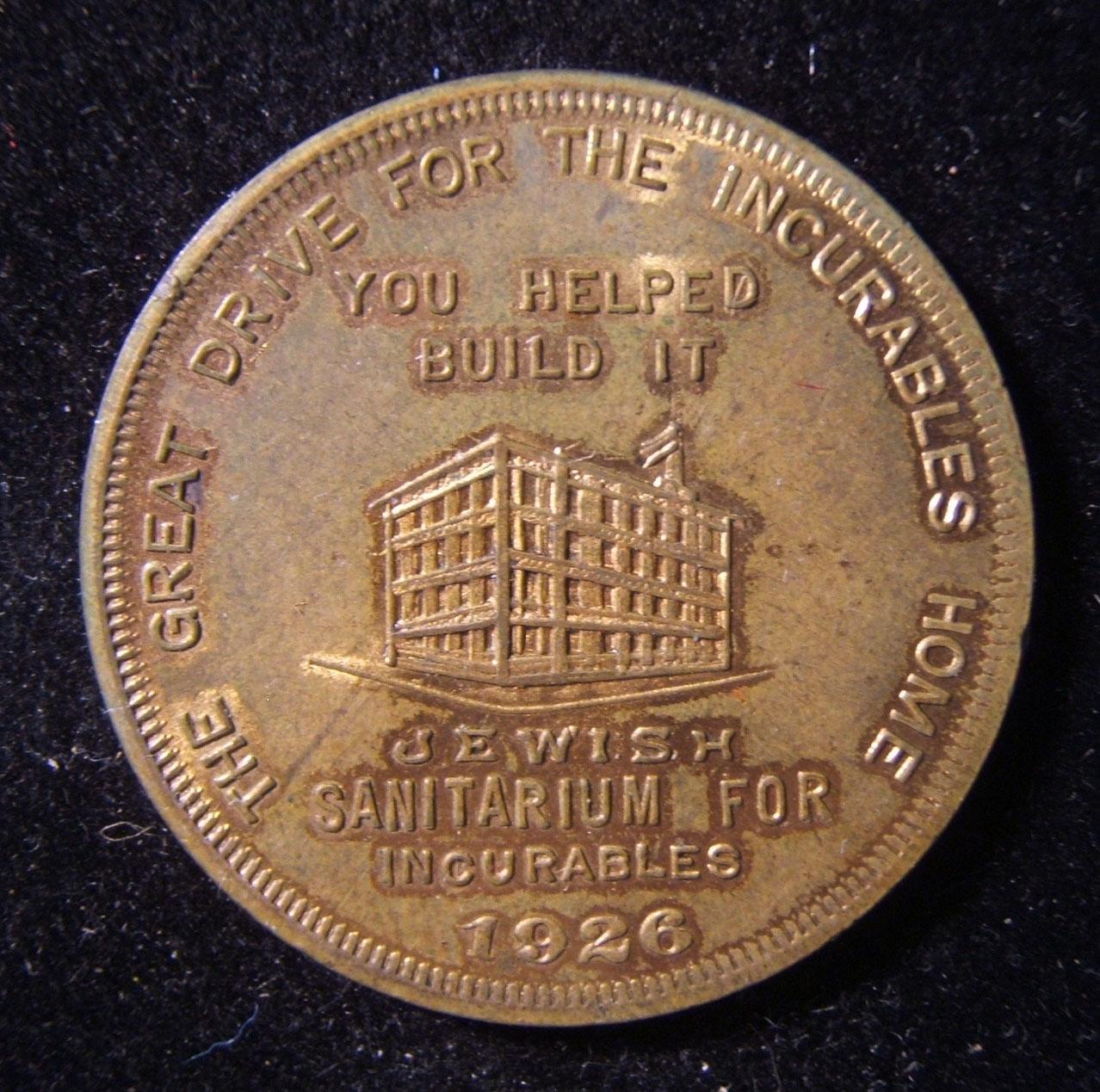 Hover to Zoom, Click to Enlarge
Ask a question about this product
Log-in to Bid
Description
US > New York: $1 donation token for Jewish Sanitarium for Incurables, 1926; size: 33mm; weight: 10.1g. Obverse depicts image of the structure with legend "The Great Drive For the Incurables Home | Jewish Sanitarium for Incurables 1926". On reverse image of an incurable and legend "Contribution | One Dollar | Luck for a Buck". The institution was founded in 1925 and became the the Jewish Chronic Disease Hospital (where the gene for Tay-Sachs disease was discovered); in 1968 it became Kingsbrook Jewish Medical Center.