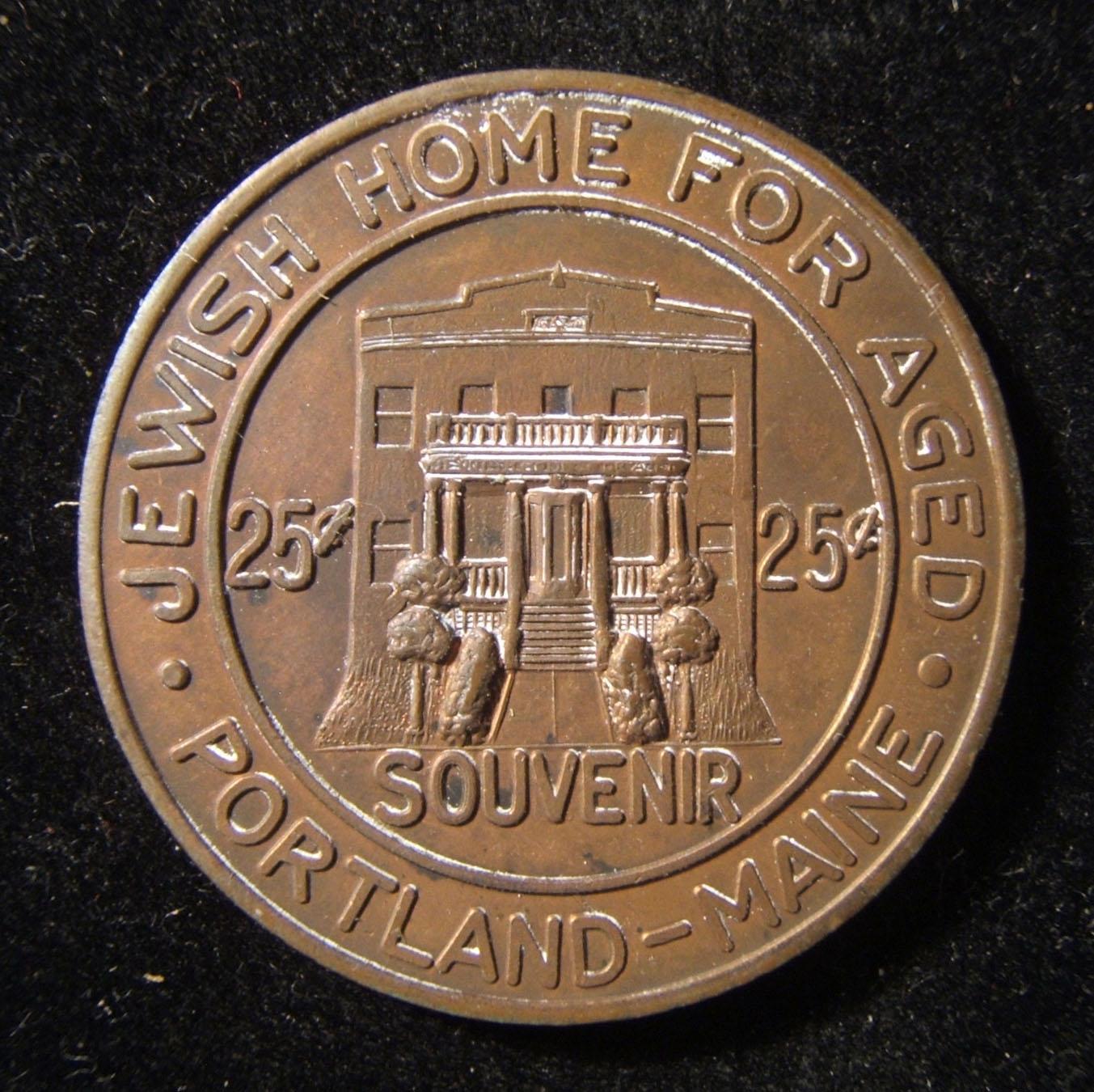 Hover to Zoom, Click to Enlarge
Ask a question about this product
Log-in to Bid
Description
US > Maine > Portland: Jewish Home for Aged good luck token, ND; size: 35mm; weight: 17.05g. Obverse bears image of the building with 25c on either side and the word "Souvenir" below; in double-ringed frame around, the legend "Jewish Home For Aged • Portland - Maine". On reverse images of elderly Jewish man and woman on either side of legend based on quotation from the Bible in Hebrew and English, "Do Not Cast us Off at Our Old Age" and "Keep Me | Good Luck". The home was founded in 1929 and based on North Street, where it remained until 1965. It continues to exist as the Cedars Nursing Care Center.