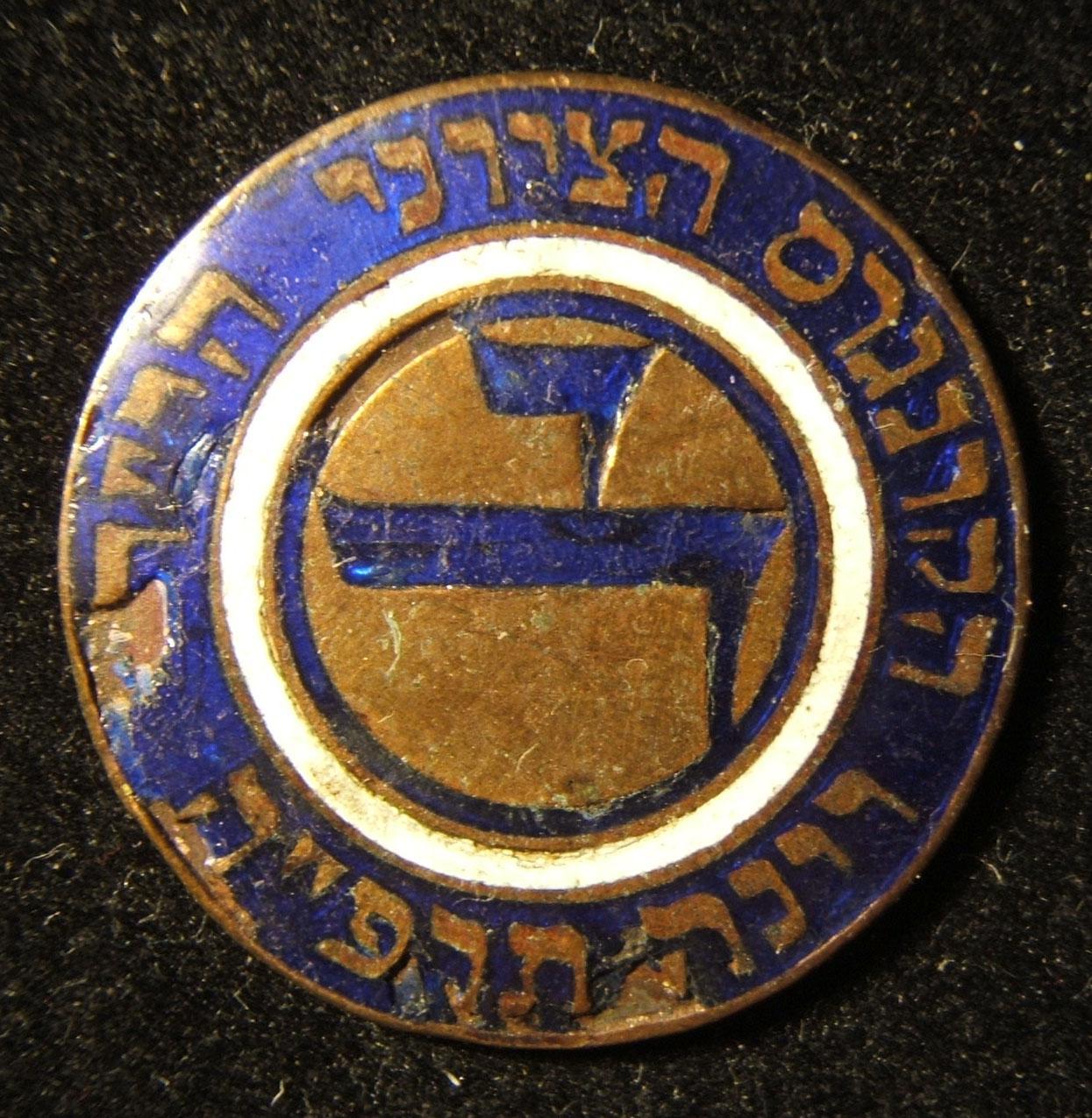 Hover to Zoom, Click to Enlarge
Ask a question about this product
Log-in to Bid
Description
Austria: 14th Zionist Congress delegate's pin, 1925; bronze and enamel; by M. Hammer of Vienna; size: 28mm; weight: 6g. Round emblem with stylized Hebrew letters "Yud" and "Daled" whose numerical values are "14", with legend in Hebrew around edge, "The 14th Zionist Congress Vienna 5685"; pieces of the enamel are missing. On reverse the soldiered pin is broken off; manufacturer's mark is visible. The 14th Zionist Congress took place in Vienna in the second half of August 1925 under the chairmanship of Nahum Sokolov, during the 4th "Aliya" (immigration wave to Palestine), which was fuelled less by ideology and more by exigency: most of the immigrants came from the economy weak Eastern Europe and Poland, and the United States imposed severe immigration restrictions. This immigration was was characterized by the import of financial means and individual businesses/economic resources into Palestine: the Congress debated the merits and vices of realizing the establishment of a Jewish national home through private enterprise rather than socialist labor (which characterized the three previous immigration waves). This was also the first Congress attended by the [right-wing] Revisionists, who demanded a more proactive policy by the Zionist movement.