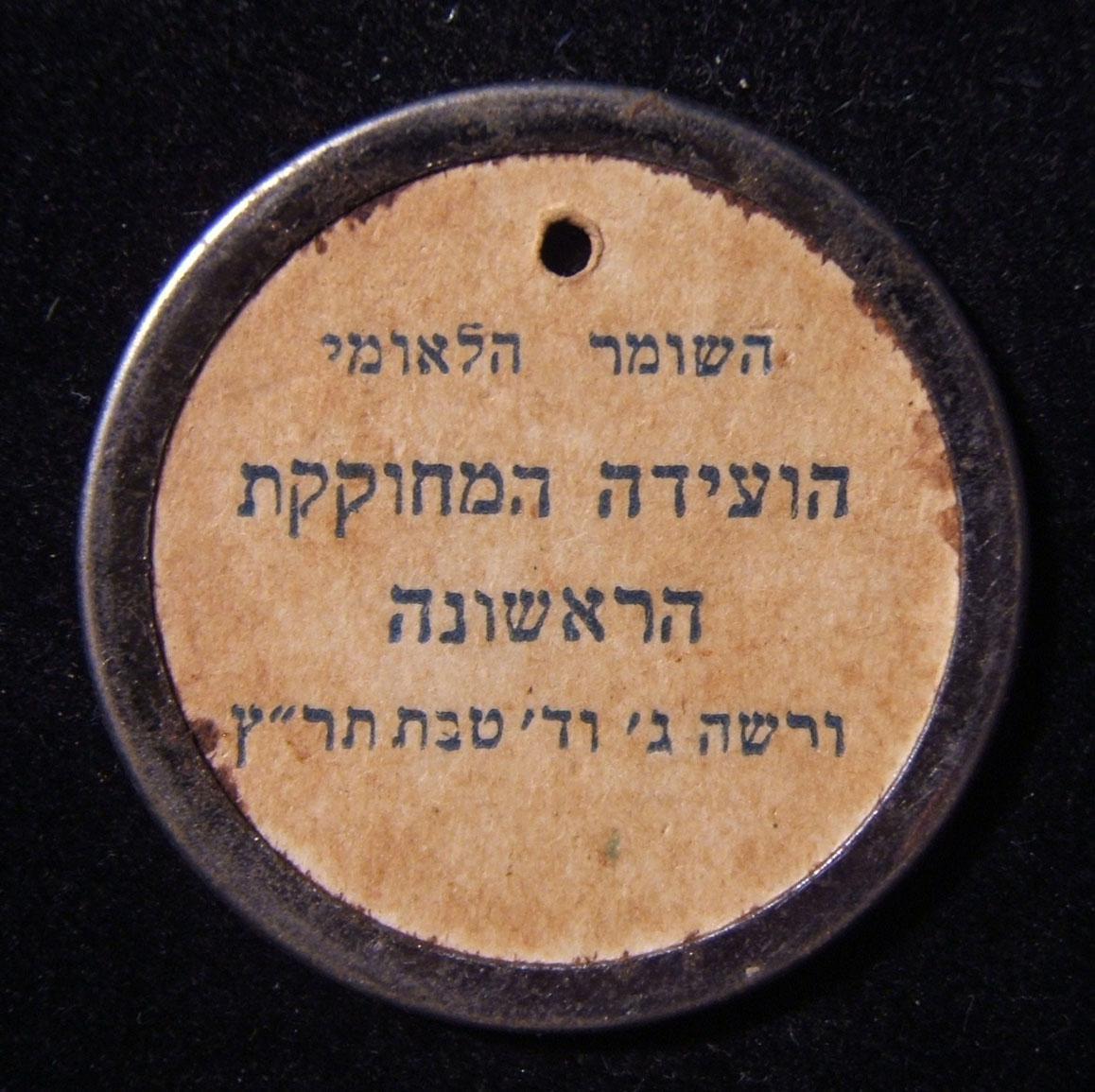 The "HaShomer HaLeumi" was a Zionist youth/scouting movement founded in 1929 by Dr. Reuben Ben-Shem (Feldschue), in Plock, Poland, under the auspicies of the "General Zionists" political movement. As opposed to the socialist-oriented "Labor Zionist" movement and its affiliated youth movement "HaShomer HaTzair" ("The Young Guard"), the "HaShomer HaLeumi" was founded as a semi-rightwing/liberal alternative for Jewish youth - one of several similar revisionist-Zionist leaning movements popular in Poland at that time ("Betar" being one of them).

Different from some, though not all Zionist youth-scout movements, the National Guardsman focused on giving Jewish youth very practical preparations for emigrating to Palestine: nightly Hebrew courses, establishment of "kibbutzim" (Zionist agricultural communal settlements which originated in Palestine) in Poland, scouting skills and scout leader training. In some autobiographies former members emphasize how their knowledge of Hebrew in pre-war Poland gave them a feeling of superiority and self-confidence over their Jewish peers (earning them in turn their peers' envy). The organization was widespread in Poland and many of its members emigated to Palestine in the period of the "5th Aliya" (immigration wave) of 1929-1939. One of the most famous former members of this organization was Moshe Kol (Kolodny), a future minister in the Israeli government and a signatory on her Declaration of Independence.

The Legislative Congress commemorated on this token began on the last day of the Chanukka holiday, on 3-4 January 1930, and although little is documented about the Congress, perhaps as a result of it, in 1931 the "HaShomer HaLeumi" movement amalgamated with other Jewish Zionist scouting organizations and in 1931 became known as "HaNoar HaTzioni" ("The Zionist Youth"), in time part of an umbrella organization founded by Yitzhak Steiger in Galicia and Poland called "The Hebrew Youth Union" ("Histadrut HaNoar HaIvri"). Feldschu had an active history: he was an early member of the Revisionist movement in Poland (1927) and founder of the famous Polish Betar youth wing, before breaking away and founding the National Guardsman; he was tapped to have set out as a representative of his movement, on foot, from Poland to Palestine to protest British restrictions on Jewish immmigration; he attended 4 Zionist Congresses and chronicled the events of the Warsaw Ghetto.