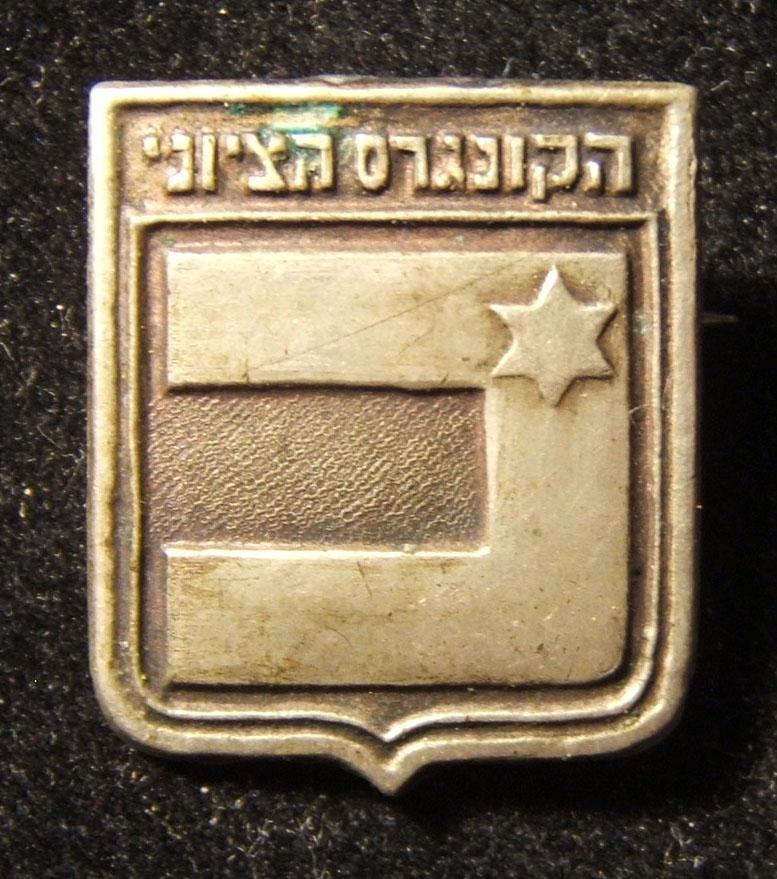 Hover to Zoom, Click to Enlarge
Ask a question about this product
Log-in to Bid
Description
Palestine/Switzerland: 20th Zionist Congress delegate's pin, (1937); nickel(?); manufactured by Moshe Moro of Jerusalem; size: 19.5mm x 22.5mm; weight: 5g. Square shield shaped pin depicting the official emblem of the congress (a Hebrew letter "Kaf" whose numerical value is "20"), with Star of David in right corner and Hebrew legend above "The Zionist Congress". On reverse, a safety pin and Moro's mark. The 20th Zionist Congress took place in Zurich throughout most of August 1937, under the leadership of Menachem Ussishkin (the head of the Jewish National Fund): against the backdrop of the 1936-39 Arab Revolt in Palestine, it debated the position of the Zionist movement with regard to the 1936 Peel Commission's study to establish the practicality of dividing Palestine into separate Jewish and Arab states - Ussishkin's faction was opposed, though the faction represented by Chaim Weizmann and David Ben-Gurion supported such a partition. In the end, the Congress rejected specific borders recommended by the Commission but permitted its executive to negotiate over them.