Israeli Kibbutz Yad...
◀ Back to: Auctions 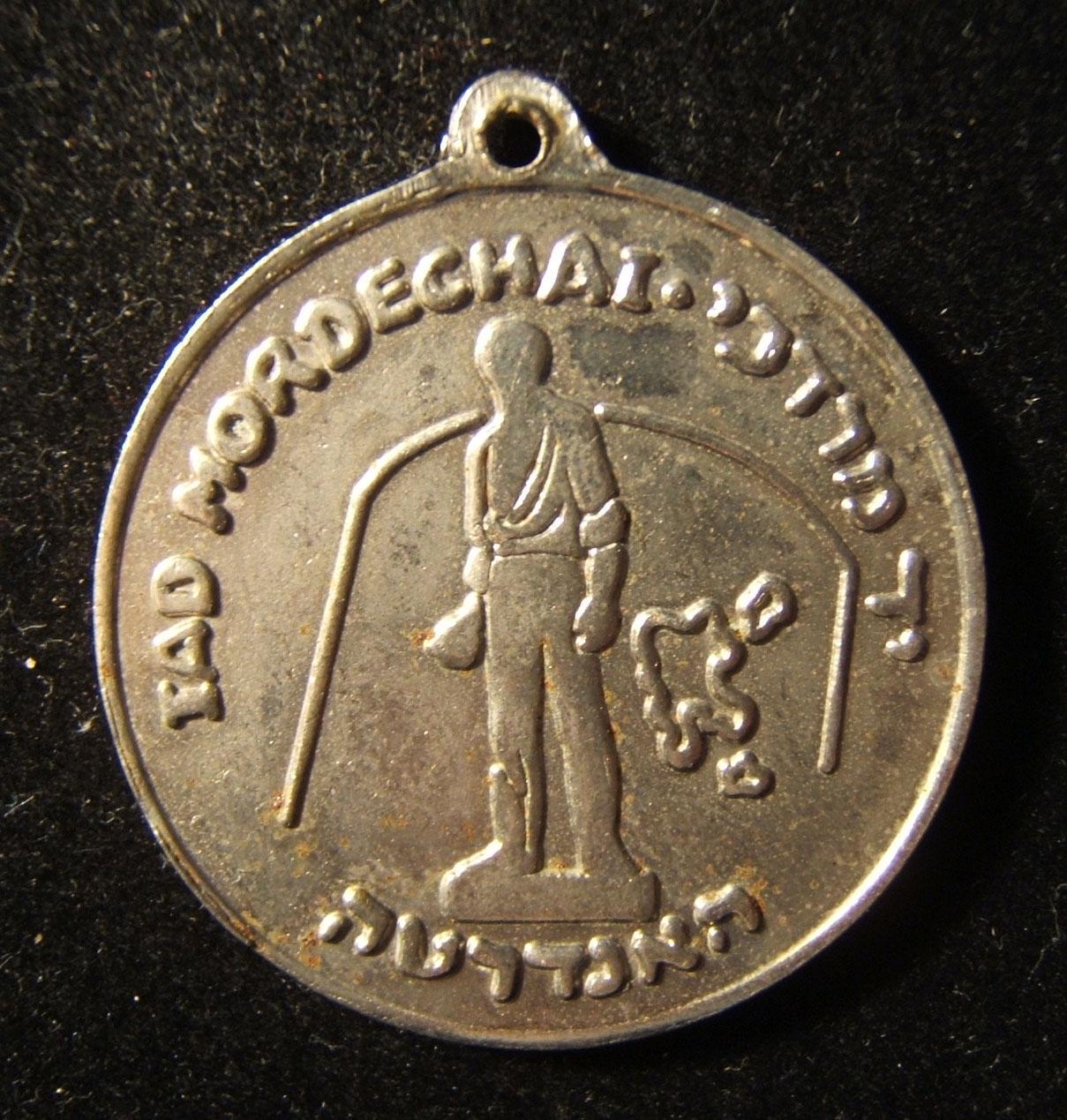 Hover to Zoom, Click to Enlarge
Ask a question about this product
Log-in to Bid
Description
Kibbutz Yad Mordechai / Mordechai Anielewicz monument token (ND), circa. 1950s(?); not maker marked; iron; weight: 17.15g; size: 35mm. Obverse depicts Egyptian tank with legend "Yad Mordechai - Tank which was repulsed"; on reverse an impression of the Mordechai Anielewicz monument at the Kibbutz with legend "Yad Mordechai - the Monument". Interestingly the word "Yad" in Hebrew is written as "iad" quite unusually in English. Yad Mordechai was established in 1943 in the area between Ashkelon and the Gaza Strip as a Jewish presence in the north-western Negev. During the War of Independence, in May 1948, the Kibbutz was cut off from Israeli forces and its lightly armed members fended off incursions by the Egyptian Army without receiving supplies until in late May the end its defenders had to evacuate (in November Israel forces liberated the area). Drawing parellels between the defenders' bravery and the name of the Kibbutz, in 1951 the sculptor Natan Rappaport erected the statue of one of the leaders of the Warsaw Ghetto uprising (April-May 1943), Mordechai Anielewicz, against the backdrop of the Kibbutz's shell-struck water tower.