Israeli Judaica 6 Day War victory in...
◀ Back to: Auctions 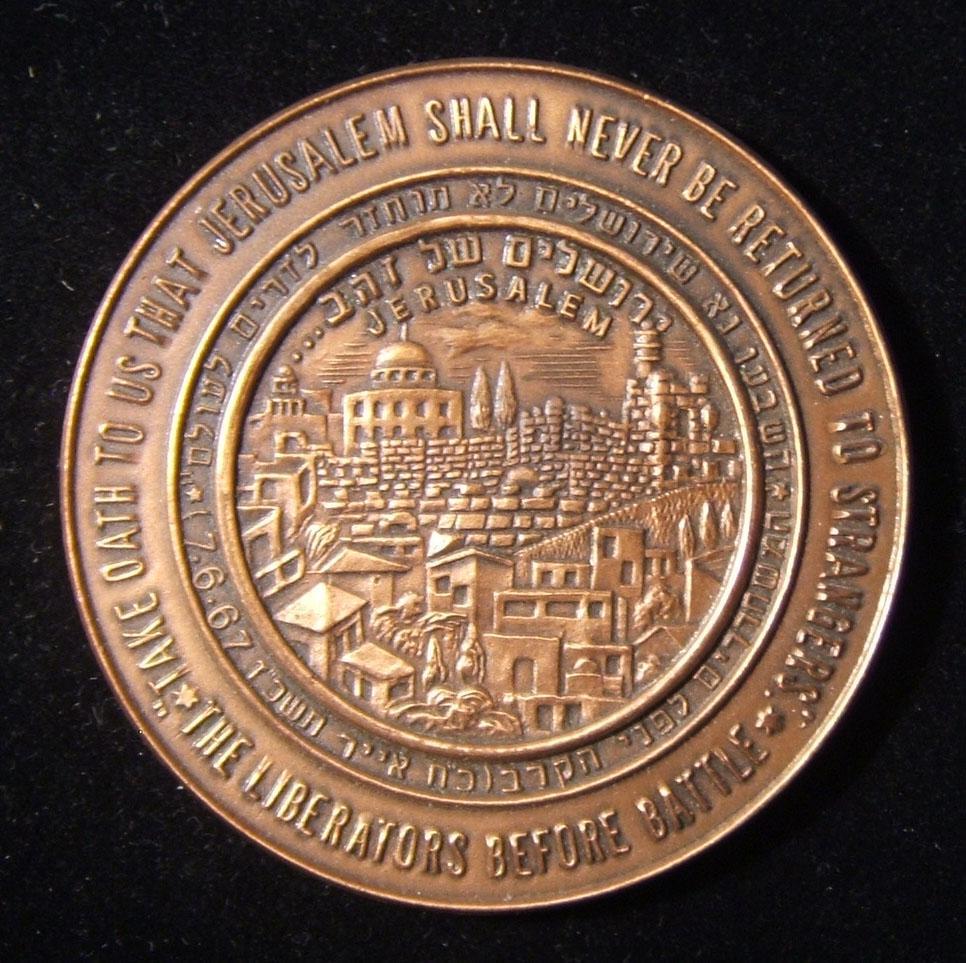 Hover to Zoom, Click to Enlarge
Ask a question about this product
Log-in to Bid
Description
Israel: Six Day War victory uniface commemorative bronze medal for Jerusalem, ND (circa. 1967); not maker marked (Abraham Elisha?); size: 61mm; weight: 109.5g. Obverse designed in rings: center ring depicts image of Jerusalem (Tower of David, Western Wall, Dome of the Rock, etc.) with legend in Hebrew and English "Jerusalem [of Gold]"; outer rings have same legend in Hebrew and English: "'Take Oath to us That Jerusalem Shall Never be Returned to Strangers' | The Liberators Before Battle". A source for the legend has not been found (apparently not from the Bible); the designer may be Elisha as an identical image of Jerusalem appears on medals designed by him.