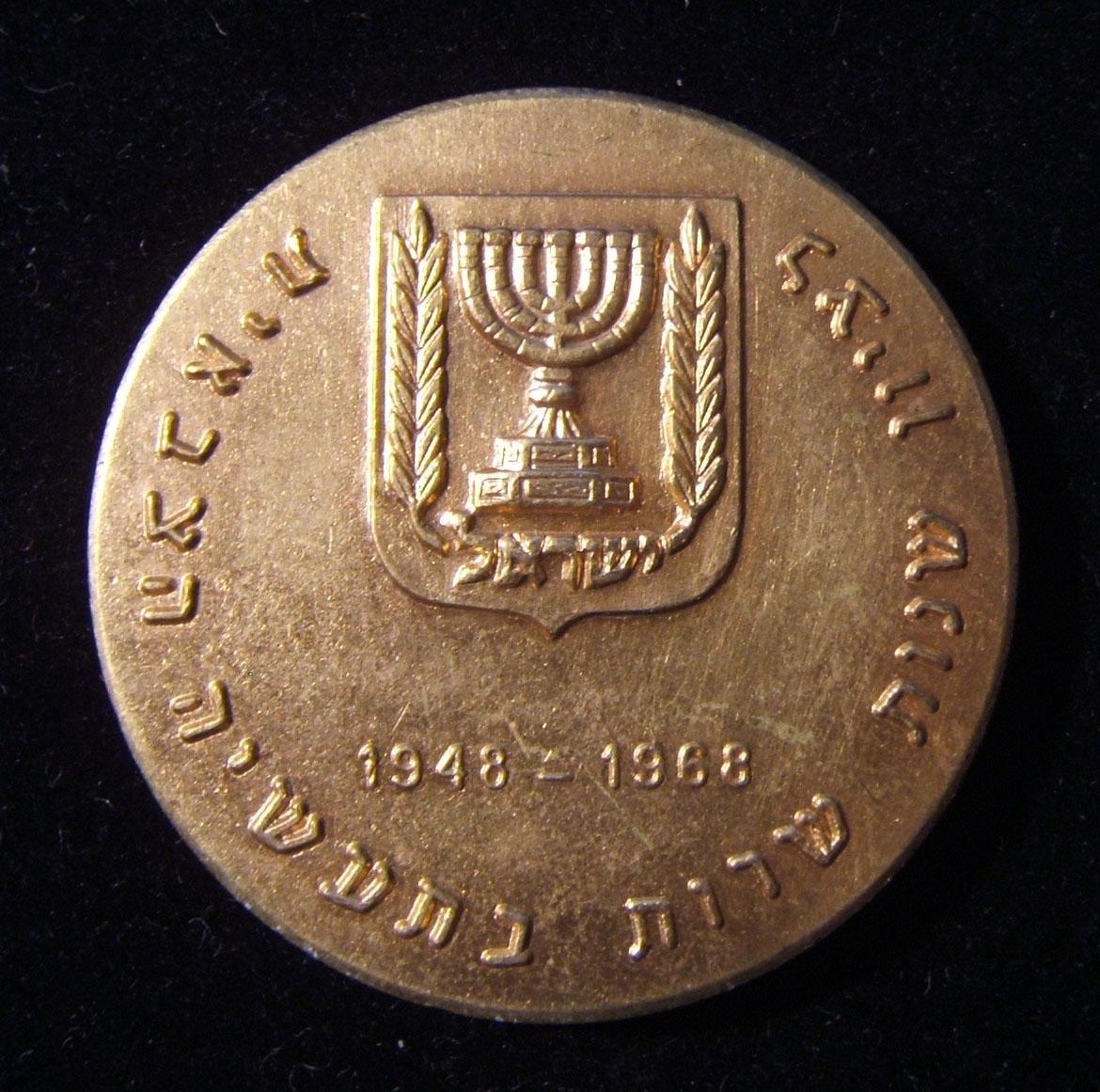 Israel Military Industries ("Ta'as") 20 years of service medal of appreciation, 1968; struck in gilded brass(?) by the Shekel medal company (etched on rim); weight: 26.4; size: 35mm. Obverse bears the State's coat of arms with legend "To commemorate years of service in the military industries 1948-1968"; on reverse is the emblem of IMI. Probably issued to employees working at IMI since the founding of the State (1948) as opposed to the more usual tie-in between a round numbered Independence Day and a separate special event, as this medal does not bear the official emblem of the 20th Anniversary of Israel's Independence (seen on many other types of commemorative medals). In UNC; JTM-MM-11.