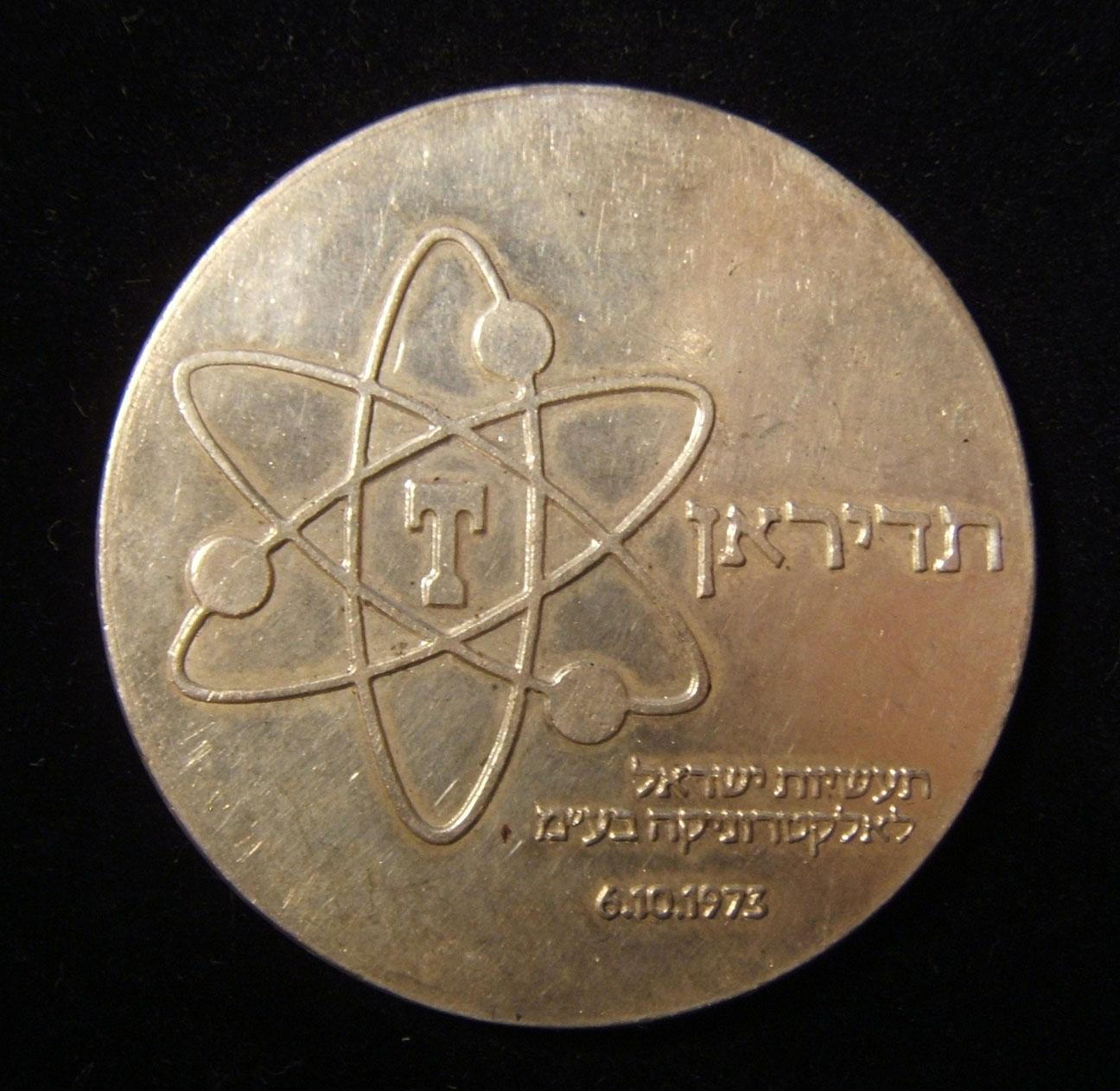 Israel: 1973 Yom Kippur War medallion of appreciation issued by Tadiran Corporation to its employees for their efforts during the war, which benefitted the Israeli Army; 51mm. Emblem of the company on obverse & dedication in Hebrew on reverse, with date of issue "Tishrei 5734" - October 1973.