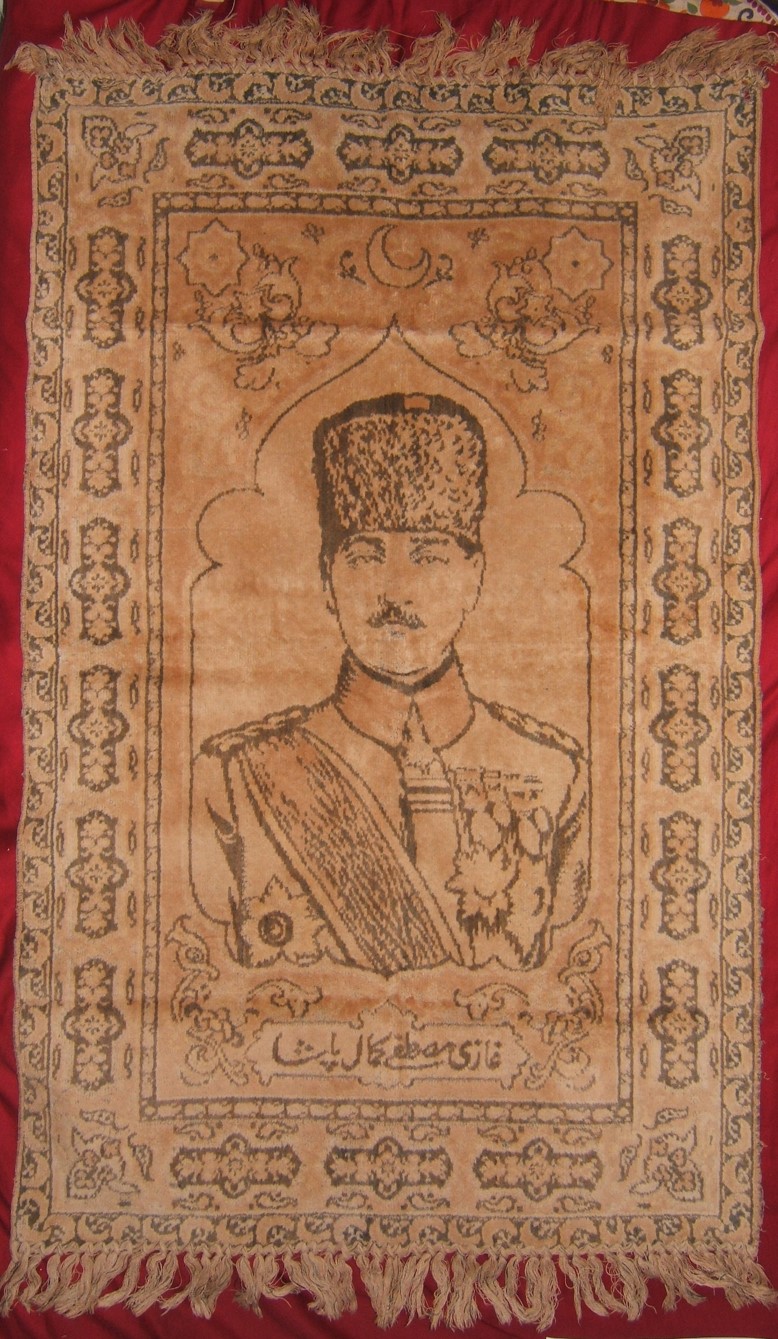 Turkey: Mustafa Kemal [Atatürk] carpet, circa. 1920-1923; size: carpet only (not incl. fringes): 59.7cm x 95.7cm. The carpet design is based on a famous 1918 photograph of Ataturk standing in full military uniform, although the rendition on the carpet is more youthful than his appearance in the photograph; below there is a legend in Ottoman-Turkish. The design is reminiscent of a similar weave made in Jerusalem by the Alliance Israelite Universelle School, but more artistic, intricate and with Turkish devices in the design: in this instance, with a romantic-militaristic depiction of Ataturk, the rug may date to the period of the Turkish War of Independence (1919-1923), where Ataturk became a dominant national figurehead after his party's victory in December 1919, and Ataturk himself as the head of the nationalist Turkish government in Ankara (Jan. 1920). Rare and undocumented, fully intact.


Product Tags: Turkish Carpets, Memorabilia and Arabiana from Turkey and from 1919-23 Turkish War of Independence, 20th Century, 1920s which are Object Related Specifically to a Personality or Key Event