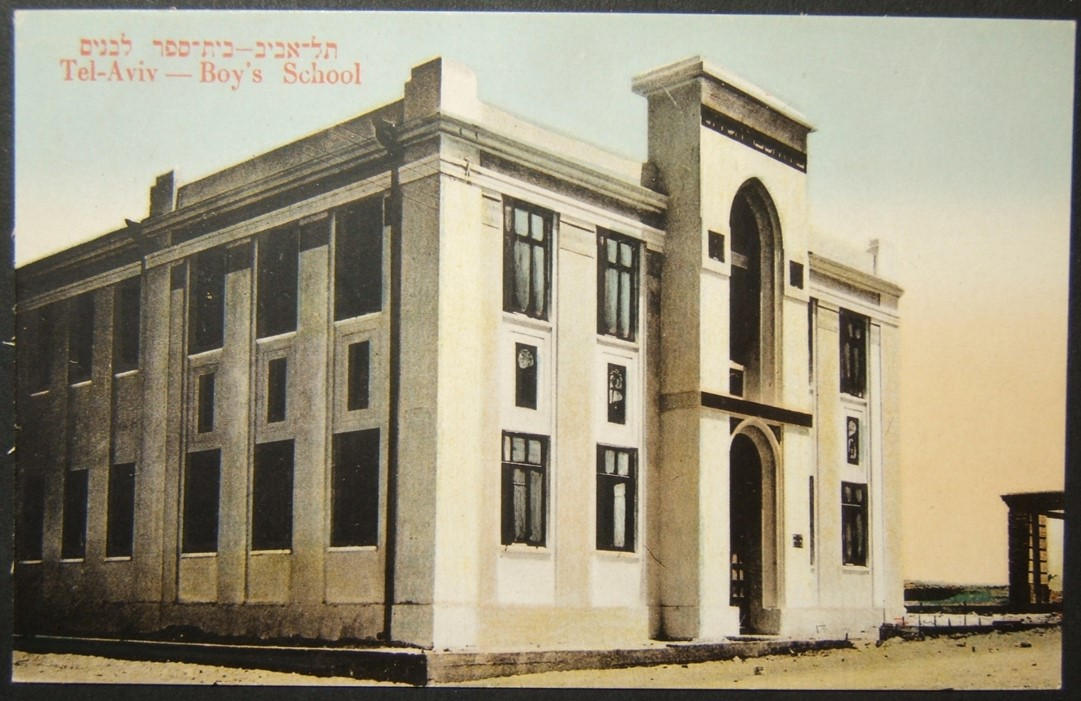 Hover to Zoom, Click to Enlarge
Ask a question about this product
Log-in to Bid
Description
Eretz Israel-Palestina vintage 1920's era color picture postcard "Tel Aviv - Boy's School", with English & Hebrew text/subtitles; number #23 of the series, by Moshe Ordmann of Tel Aviv. The school was founded in 1924 and called the "Ahad Haam School" as the personality, the writer and Zionist ideologue 'Ahad Haam' (Asher Ginzburg) had just been made an honorary citizen of the city; designed by the architect D. Hershkowitz, the shool functioned as a boys-only school until the 1940's. Unused.