Early Israeli/covert immigration...
◀ Back to: Auctions 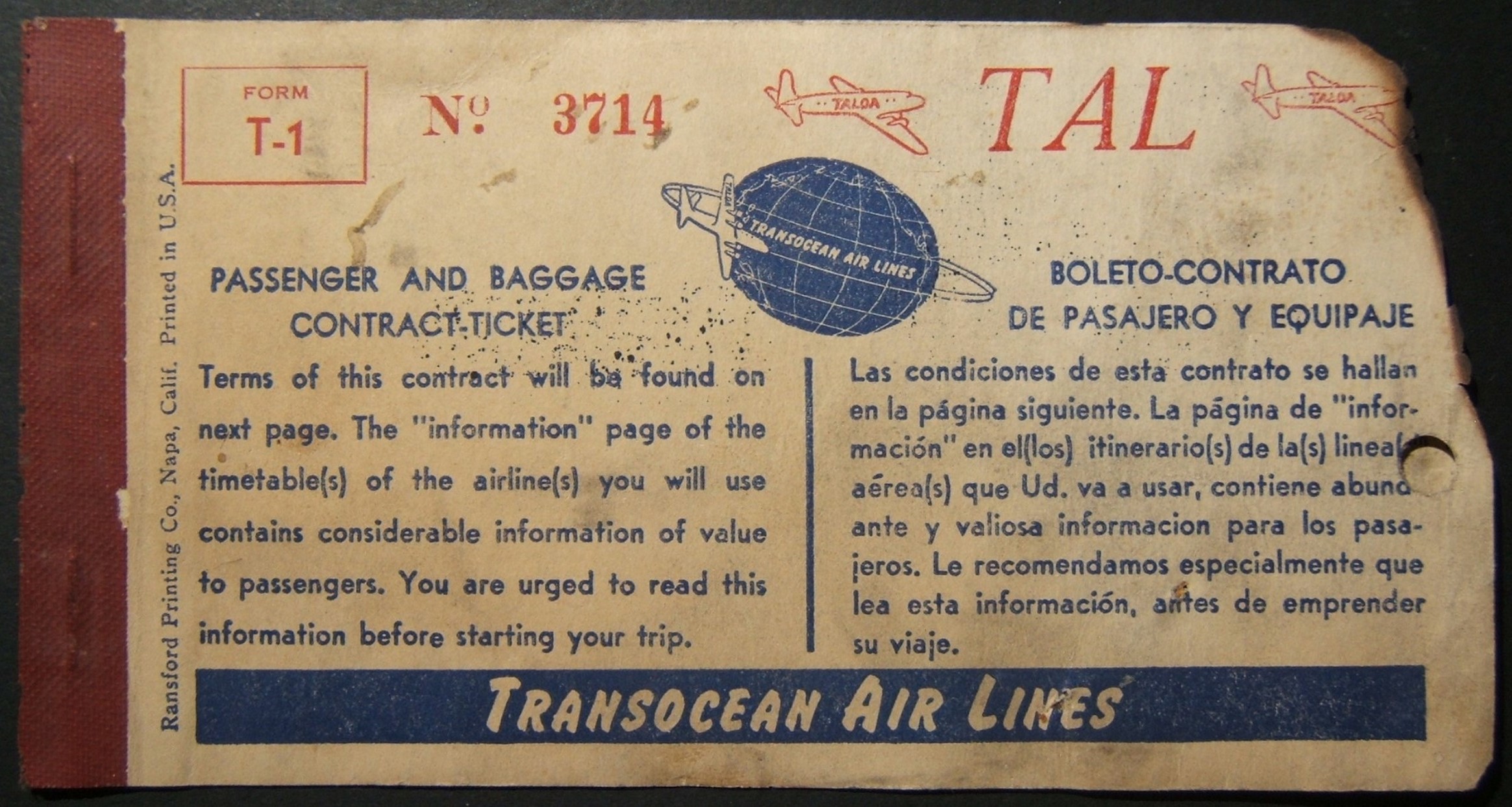 Hover to Zoom, Click to Enlarge
Ask a question about this product
Log-in to Bid
Description
Early air links: 24 VI 1949 dated passenger ticket of TRANSOCEAN AIR-LINES flight TAL 950, for Geneva-Lydda leg; stamped by LYDDA TEL AVIV; lightly burned on upper right side. Transocean (1946-1960) was founded in 1946 by Orvis Nelson, staffed by newly discharged war veterans and established on a foundation of derring-do: "We fly anything, anywhere, anytime". TAL was involved in several operations involving the covert evacuation and transport of Jews to Israel (with and without the Mossad's involvement) from the 1940's-50's, as well as the transport of other non-Jewish postwar refugees.