Entry ticket to the First Knesset/1st...
◀ Back to: Auctions

Entry ticket to the First Knesset/1st assembly of the Israeli Parliament 1949
Lot #: 70357 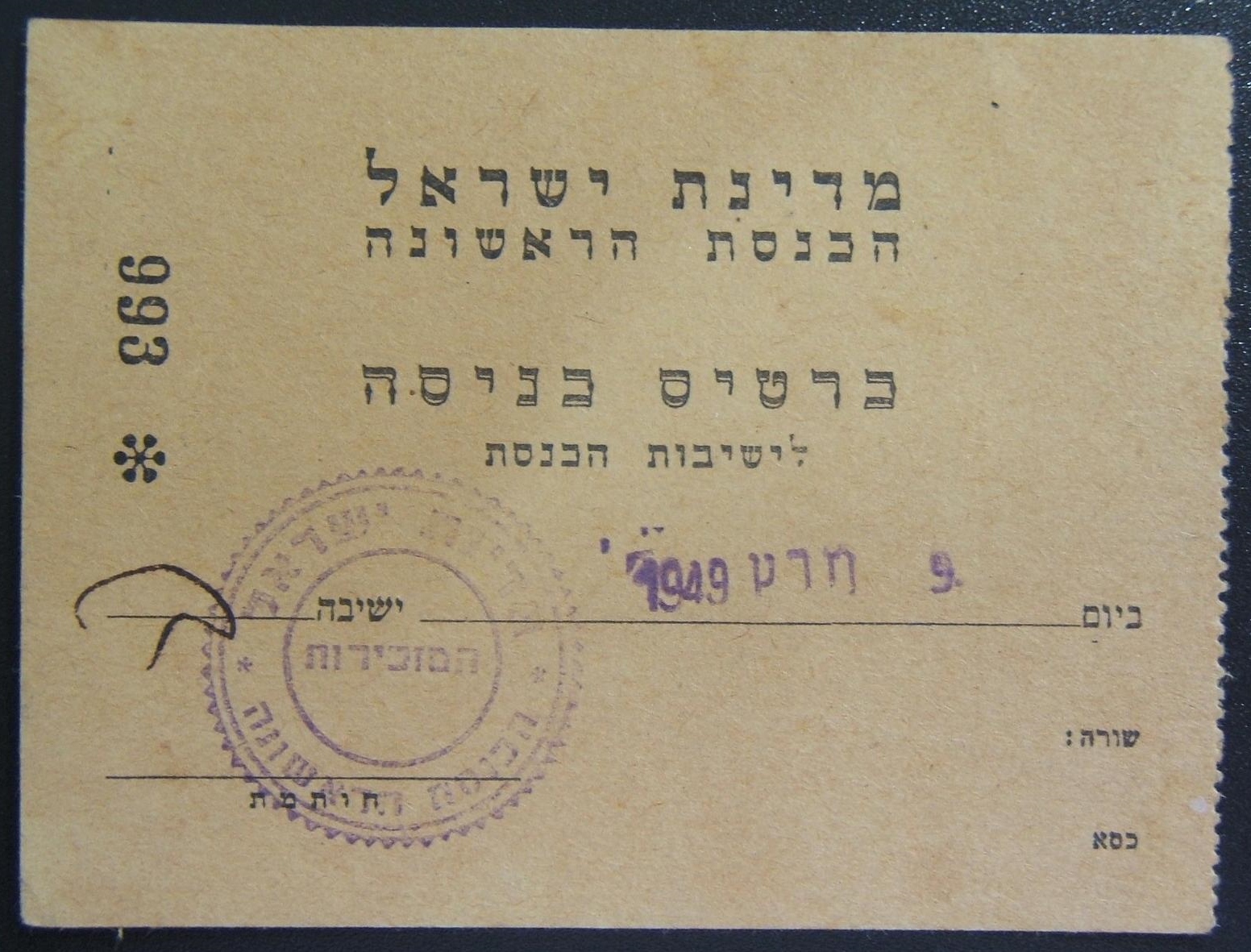 Hover to Zoom, Click to Enlarge
Ask a question about this product
Log-in to Bid
Description
Entry ticket to the "First Knesset" - the first assembly of the elected Israeli Parliament, 9 March 1949; uniface; numbered 993; size: 10.5 x 7.9cm. The first meeting of the then titled "Constituent Assembly" ('Ha Asefa Ha Mekhonenet') took place already on 14 Feb. 1949, and there it voted to change its name to the "Knesset" and to call the first assembly of that body the "First Knesset". With the establishment of that Assembly, the existing Provisional State Council ('Moetzet HaMedina HaZmanit') dissolved itself and entrusted its powers to the Assembly, making it the State of Israel's legislative body. When this Knesset subsequently convened on 9 March, this was a day after David Ben-Gurion established the State's first government. Between 14-17 February the Assembly convened at the Jewish Agency building in Jerusalem; from 9 March to 25 December 1949, the Knesset convened in Tel Aviv - here, at the Dizengoff House, and thence again in Jerusalem.


Product Tags: Israeli Ephemera, Political, Economic, Security and Israeliana from Israel and from 1947-49 Israel War of Independence, 20th Century, 1940s, 1945-1949 Postwar era, which are Object Related Specifically to a Personality or Key Event