Israeli khaki denim hat of the...
◀ Back to: Auctions 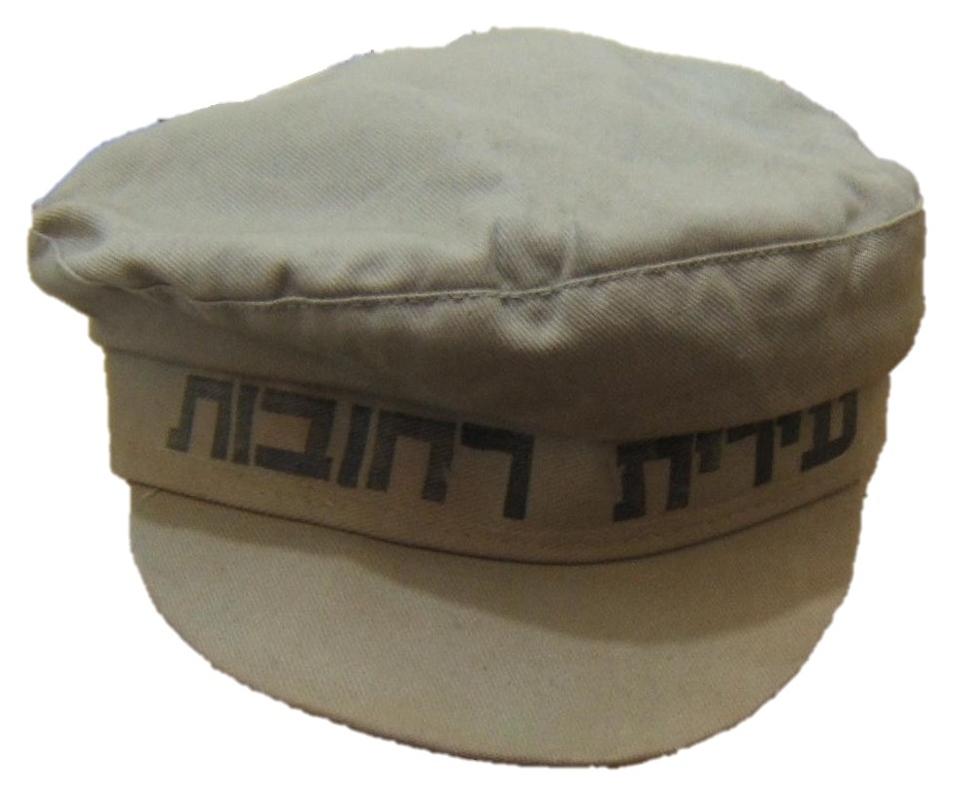 Hover to Zoom, Click to Enlarge
Ask a question about this product
Log-in to Bid
Description
Israel: khaki denim hat of the Municipality of Rechovot, circa. 1950s. The visored hat is marked "Municipality of Rechovot" in black, in Hebrew on the front. Inside on the crown is a diamond-shaped thick-paper makers-mark similar in style to the diamond marks of other Israeli hat makers of the time; the sweat-band is of a brown faux-leather type used in Israeli military and civilian hats of the 1950's (probably a substitute for scarce leather during this Austerity period). The sweatband contains the original cardboard ring insert, intended to retain the shape of this otherwise soft hat. The use of the khaki color was popular in Israeli clothes of the post-War [of Independence] 1950s, with Prime Minister Ben-Gurion setting the tone himself, and with the color implying a mixture of popular defence as well as popular settlement and development of the State.