Brtish? cloth patch of the Zionist...
◀ Back to: Auctions 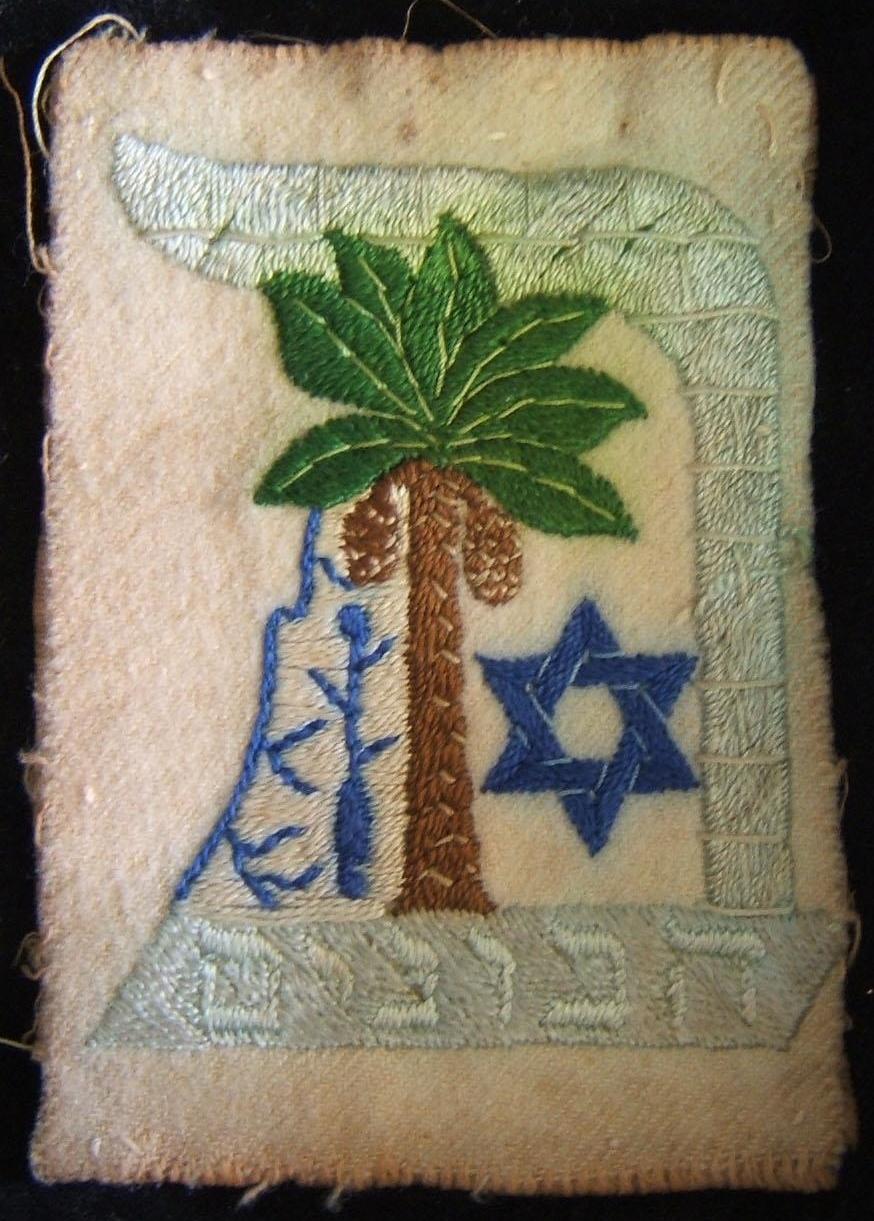 Hover to Zoom, Click to Enlarge
Ask a question about this product
Log-in to Bid
Description
Britain(?): cloth patch of the "HaBonim" movement, circa. 1930s; size: 7 x 10.15cm. The patch depicts the emblem of the movement: a large Hebrew letter 'B' encasing the Land of Israel, with a palm tree and Star of David; the word "HaBonim" ['The Builders'] is written in Hebrew on the bottom stroke of the large letter. HaBonim was founded in 1928-1929 as a non-partisan [their site describes the movement as non-Zionist, but their activites - by definition - were Zionist] "Jewish youth cultural movement" for youths aged 12-18. The movement taught its members modern Hebrew, Jewish history and songs and dances of the Jewish settlers in Palestine; it was modelled on the world boy-scout movement and adopted the incorporation of agricultural training for its members' future in Palestine. The movement expanded quickly and reached over 2500 member worldwide within ten years. In 1982 it merged with the Dror movement. Famous former members include Chaim Herzog, Golda Meir and Stanley Fischer.