British color Map of Biblical...
◀ Back to: Auctions 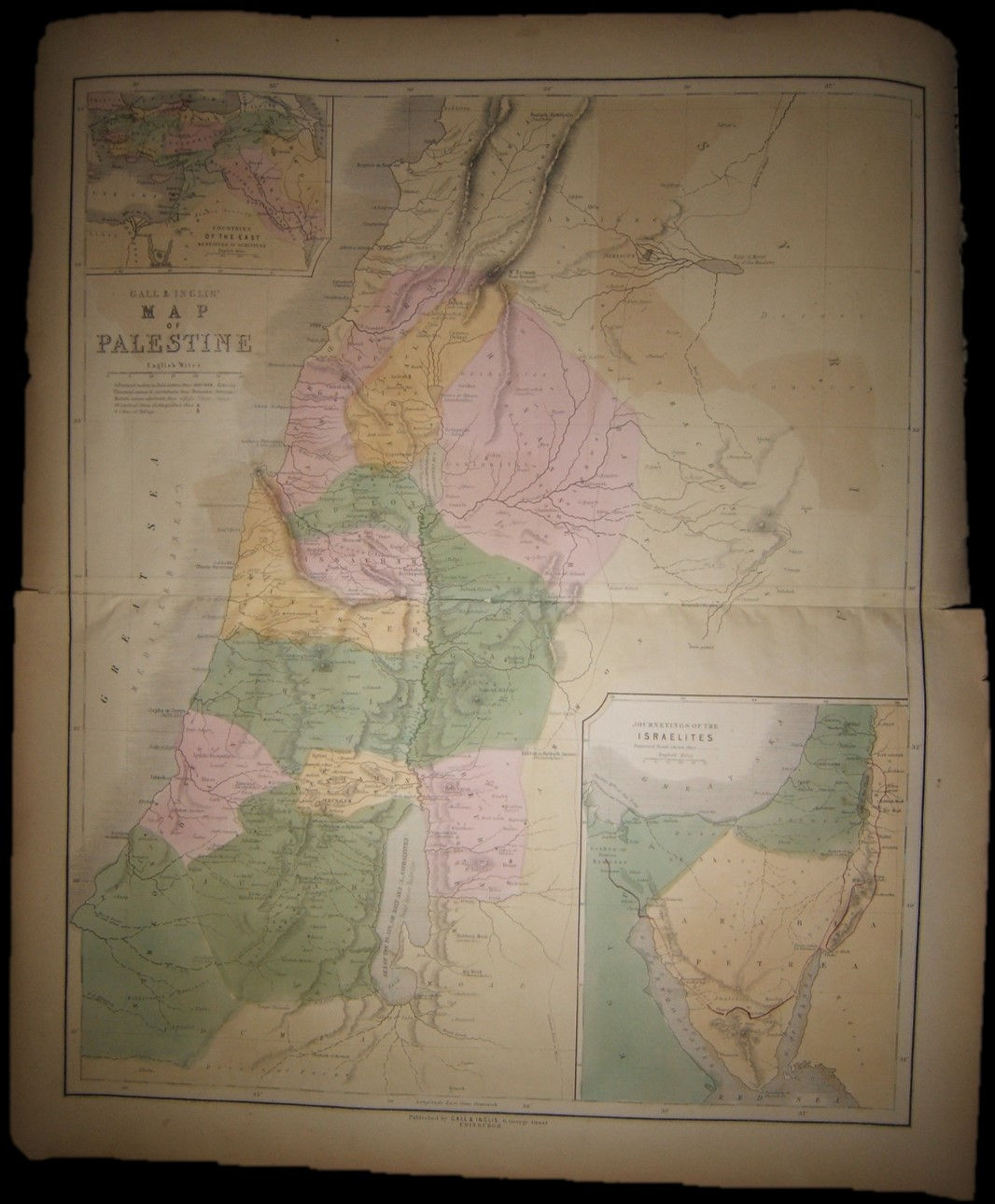 Hover to Zoom, Click to Enlarge
Ask a question about this product
Log-in to Bid
Description
Color "Map of Palestine" by Gall & Inglis of Edinburgh (James Gall and Robert Inglis) with 3 maps, circa. 1860's, with main map in center depicting the areas of the 12 Tribes of Israel & 2x inset Biblical maps - one depicting "Countries of the East Depicted in Scripture" and another illustrating "Journeyings of the Israelites" (here marked in red ink); taped on back along center & horizontally folded in center; brittle edges; a few tears to the edge margins & tears/weakening along center fold, but suitable for framing. Size: 53.1 x 64 cm.