Czechoslovakian Judaica postcard of...
◀ Back to: Auctions 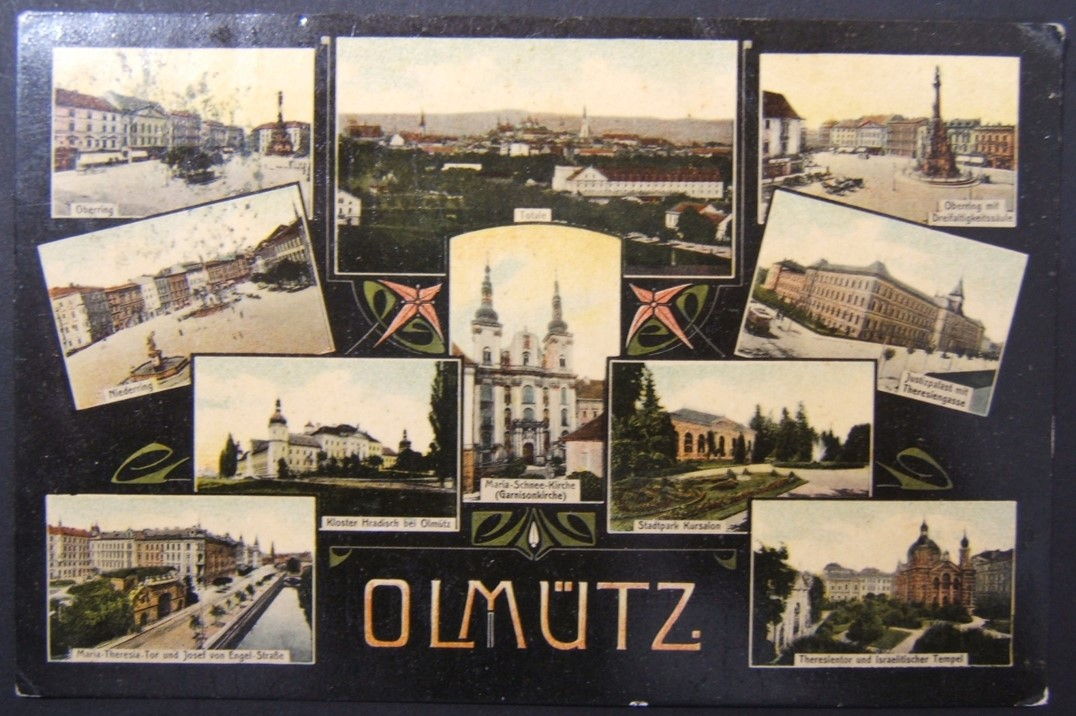 Hover to Zoom, Click to Enlarge
Ask a question about this product
Log-in to Bid
Description
Jewish Synagogues: Czechoslovakia > Olmütz - OLOMOUC SYNAGOGUE in colored multiple photograph display postcard of the town by Hermann Seibt of Meissen (1908 edition) with Art Deco styled title & German captions below images on front, including of the Synagogue. Used: postmarked 8-07-1909 from OLMUTZ to CZERNOWITZ (today: Chernivtsi, Ukraine), franked 5h & tied by local postmark + 2(pf) denominated label of the Olmütz "Bund der Deutschen Nordmährens" ("Union of German North Moravians", a German-nationalist labor union founded locally in 1886) - an odd combination for mail bearing a Synagogue & addressed to locale so Jewish it was known as "Jerusalem on the Prut". The Synagogue was built in 1897 and destroyed by the Germans/local Nazis in March 1939 on the day of the German occupation of Czechoslovakia.