Hungarian Holocaust-era Judaica...
◀ Back to: Auctions 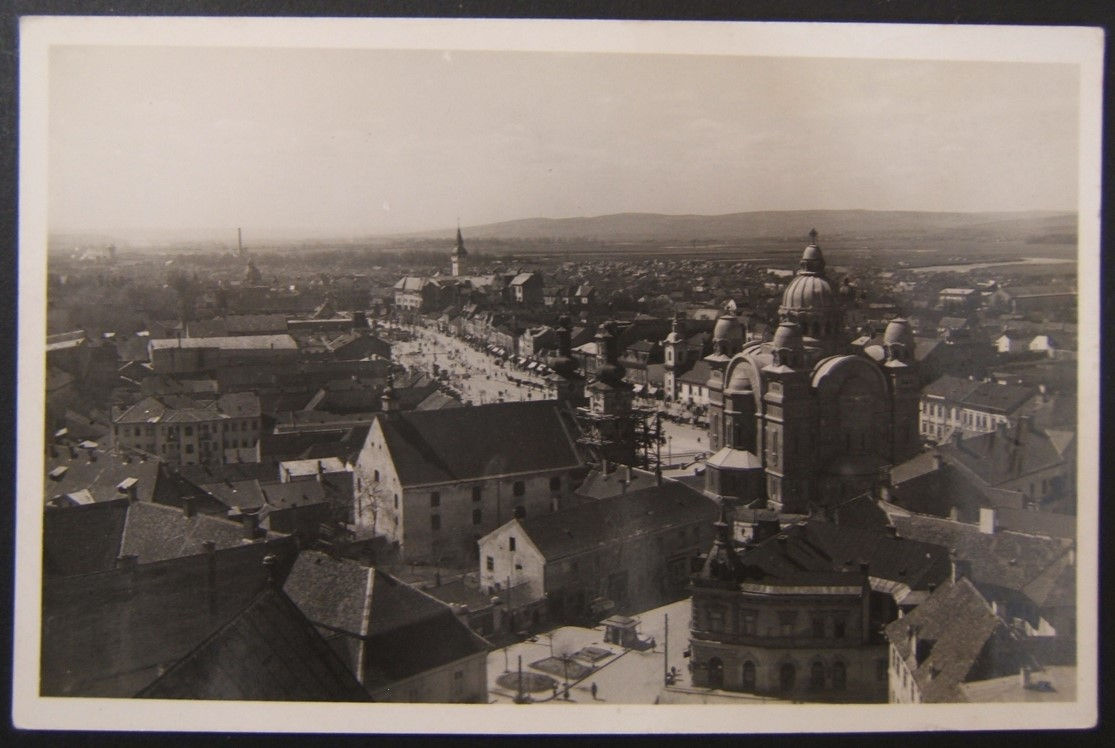 Hover to Zoom, Click to Enlarge
Ask a question about this product
Log-in to Bid
Description
Jewish Synagogues: Hungary/Romania > Marosvásárhely/Târgu Mureş - BIG SYNAGOGUE at center-right foreground in black and white photographic postcard by Monostory György of Budapest with printed caption on back. Unused: as printed in Hungarian, postcard would date to period of 1940-44 when it became part of Hungary as part of the "Second Vienna Award", before being returned to Romania. The Synagogue was constructed in 1900 and survived the Holocaust.