The Dreyfus Affair & anti-Semitism...
◀ Back to: Auctions 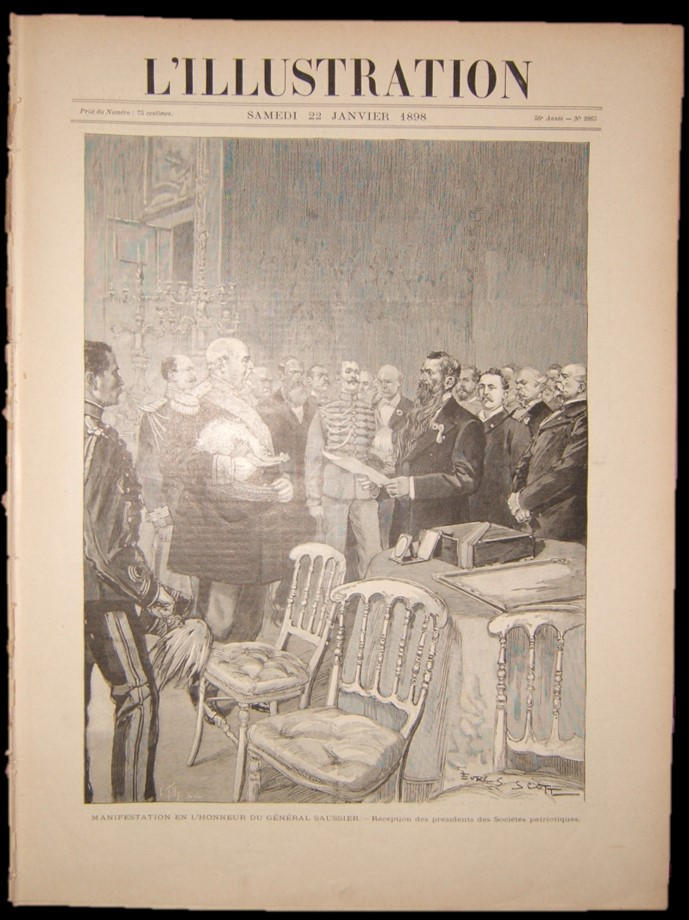 Hover to Zoom, Click to Enlarge
Ask a question about this product
Log-in to Bid
Description
The Dreyfus Affair in the French press: 22 January 1898 edition of "L'illustration" French illustrated news periodical featuring cover image & illustrated article on General Felix Gustave Saussier (cover image by E. A. Tilly / Auguste Tilly) with 2-page illustration of demontration in his support + illustrated article on an anti-Jewish ("Death of the Jews") demonstration; 16 pages, complete. Appears removed from a folio, so pages loose & left edge with removal marks. The edition doesn't appear to mention Capt. Alfred Dreyfus by name but captures the atmosphere of the time of his trial. General Saussier is believed connected to the Dreyfus case because he may have tried to surpress the investigation that culminated in Dreyfus' indictment, when Saussier was (1894) the vice-president of the Supreme Council of War and military governor of Paris.


Product Tags: French Book/Publication, Historical Ephemera and Judaica from France and from Dreyfus Affair, 19th Century which are Object Related Specifically to a Personality or Key Event