Pre-WWII France between Nazism, WWII &...
◀ Back to: Auctions 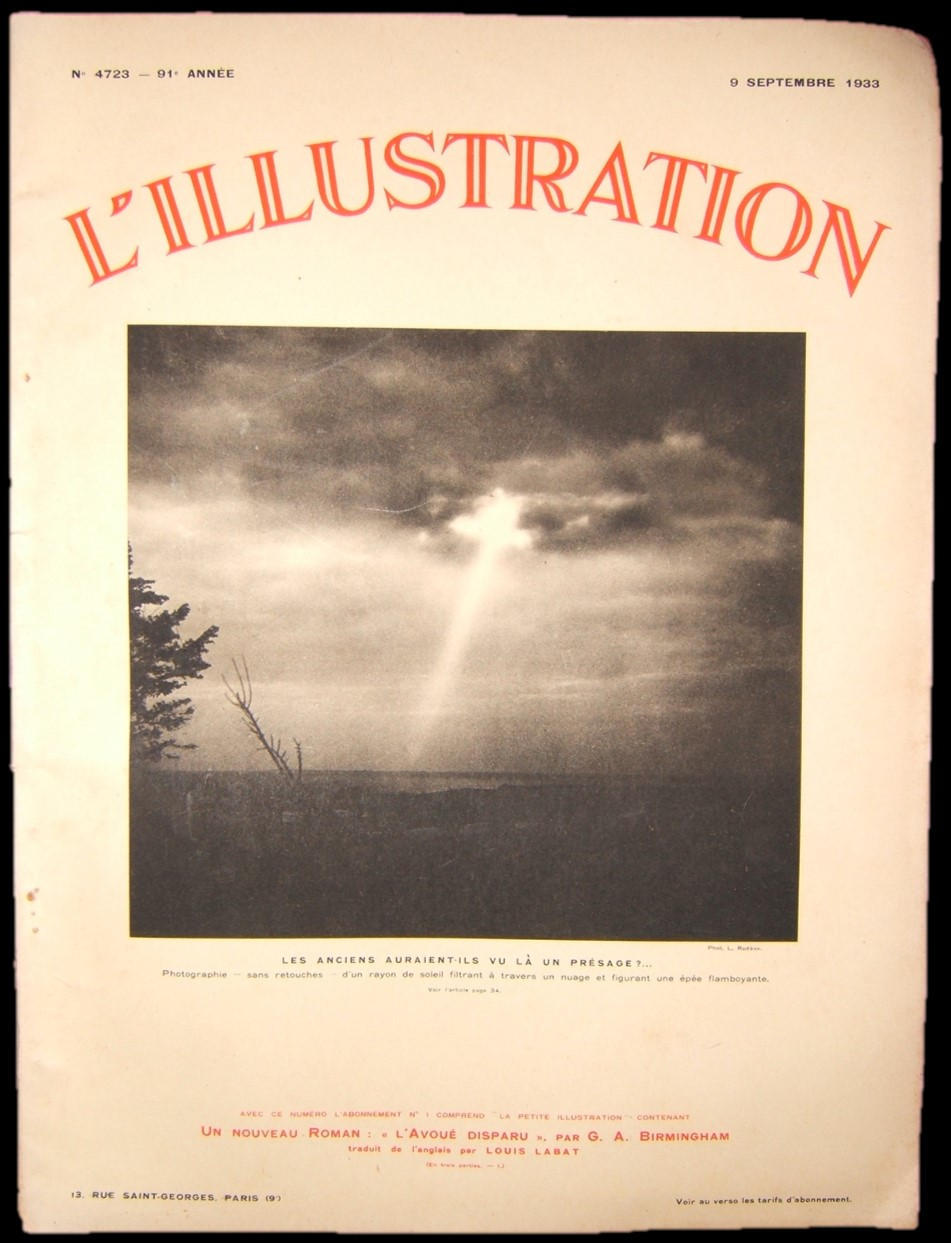 Hover to Zoom, Click to Enlarge
Ask a question about this product
Log-in to Bid
Description
Pre-WWII France between Nazism, WWII & Zionism: 9 September 1933 edition of "L'illustration" French illustrated news periodical featuring 7-page illustrated article on Palestine and Zionism by Emile Schreiber (Émile Servan-Schreiber, 1888-1967, a French-Jewish journalist), the first in a series as declared by the publication at the head of the article in its effort to confront Naziism and anti-Semitism; the edition also features images of an early post-election Nazi rally in Nuremburg (Hitler & Rudolf Hess visible), an article on France's military fortifications, a casual image of bathers on a September beach + many period artistic advertisements; 50 pages + cover, complete. A prophetic timepiece attesting to the cross-roads faced by France and her Jews at that time: the Nazi rally received 1st page coverage, followed by a nod to France's military preparedness; the beach image came next followed by the survey of Palestine: even the writer didn't emigrate there and spent the war in hiding.