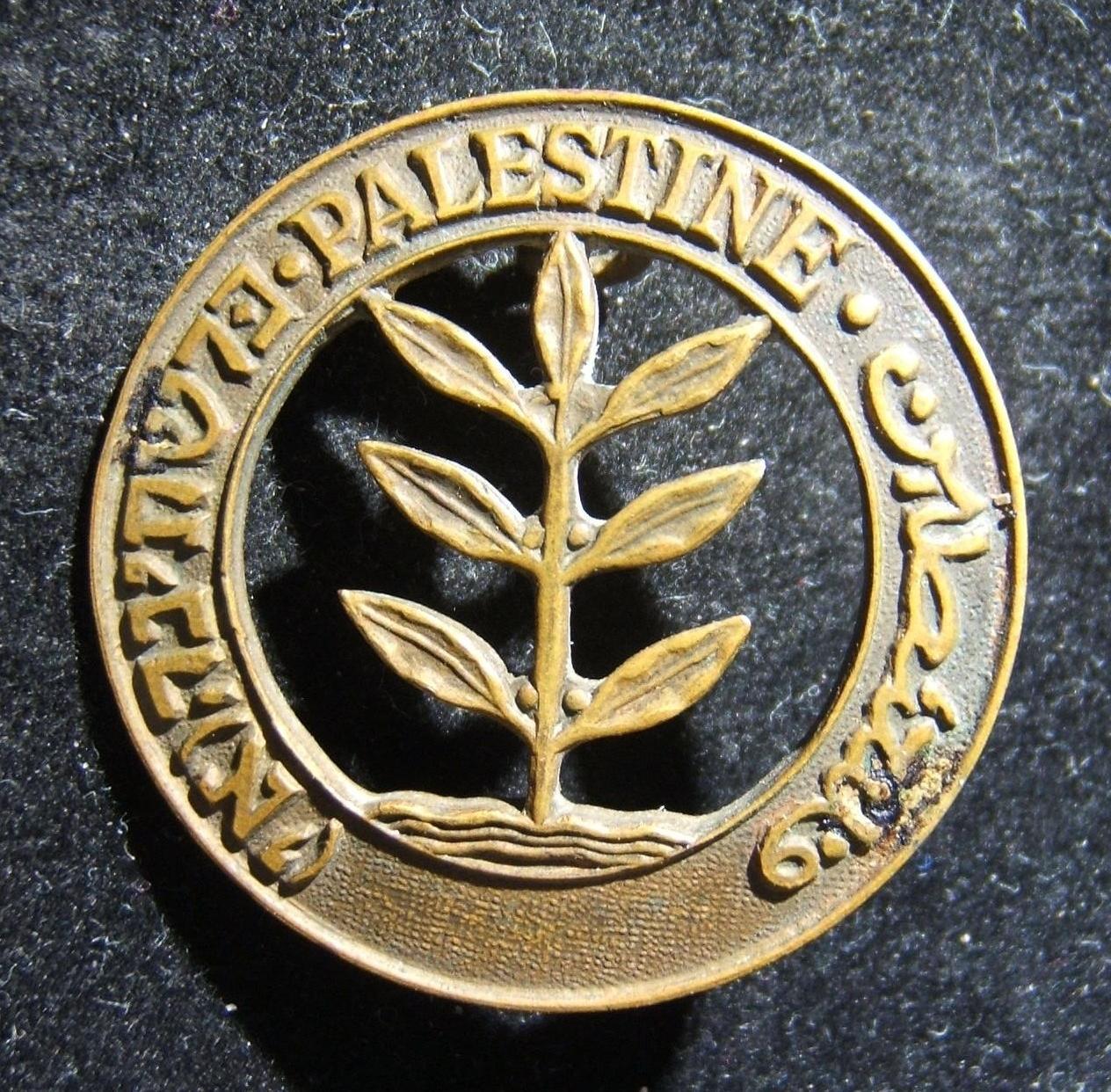 Hover to Zoom, Click to Enlarge
Ask a question about this product
Log-in to Bid
Description
Palestine: rare original version metal hat badge of the Palestine Regiment, 1942-1943: slightly curved with two pronged loop backing; smooth reverse; not maker marked (probably J.R.Gaunt as a sketch from it exists); weight: 9.85g. A short-lived Arab-Jewish formation based on the existing "Buffs" infantry companies, whose emblem was unpopular with the Jews. The uniqueness of this specific piece is that it does belong to the Palestine Regiment: crude gold-gilt versions with rough lumpy surfaces and improvised slider backings are more often encountered - these probably being those worn by the Jewish Brigade's 2nd battalion (as seen in period photographs).