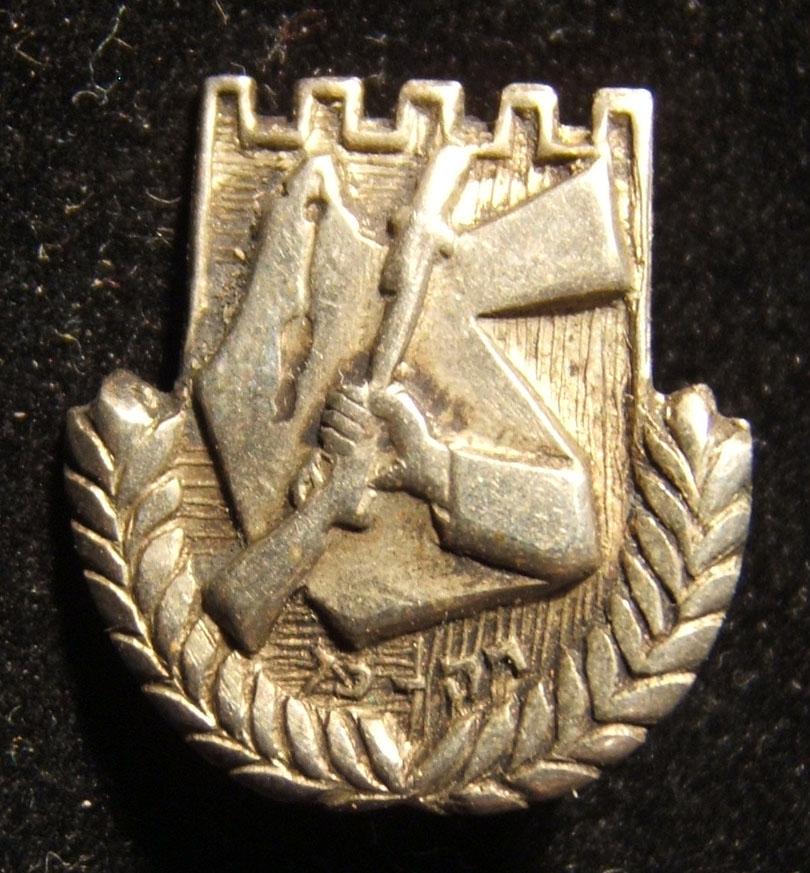 Hover to Zoom, Click to Enlarge
Ask a question about this product
Log-in to Bid
Description
Palestine/Yishuv: Irgun-Etzel member's pin, circa. 1940s; not maker-marked (emblem designed by Lili (Ayala) Strassman-Lubinsky, 1938); size: 18 x 20mm; weight: 2.15g. The pin depicts the organization's emblem of an outstretched arm holding a rifle against a map of 'Greater Israel', set against a design of the crenelated battlements of the Old City of Jerusalem, with leaf spray at base and the Etzel's motto "Only Thus" (Hebrew 'Rak Kach') in exergue. Scalloped back with safety-pin attached. Nicely manufactured.