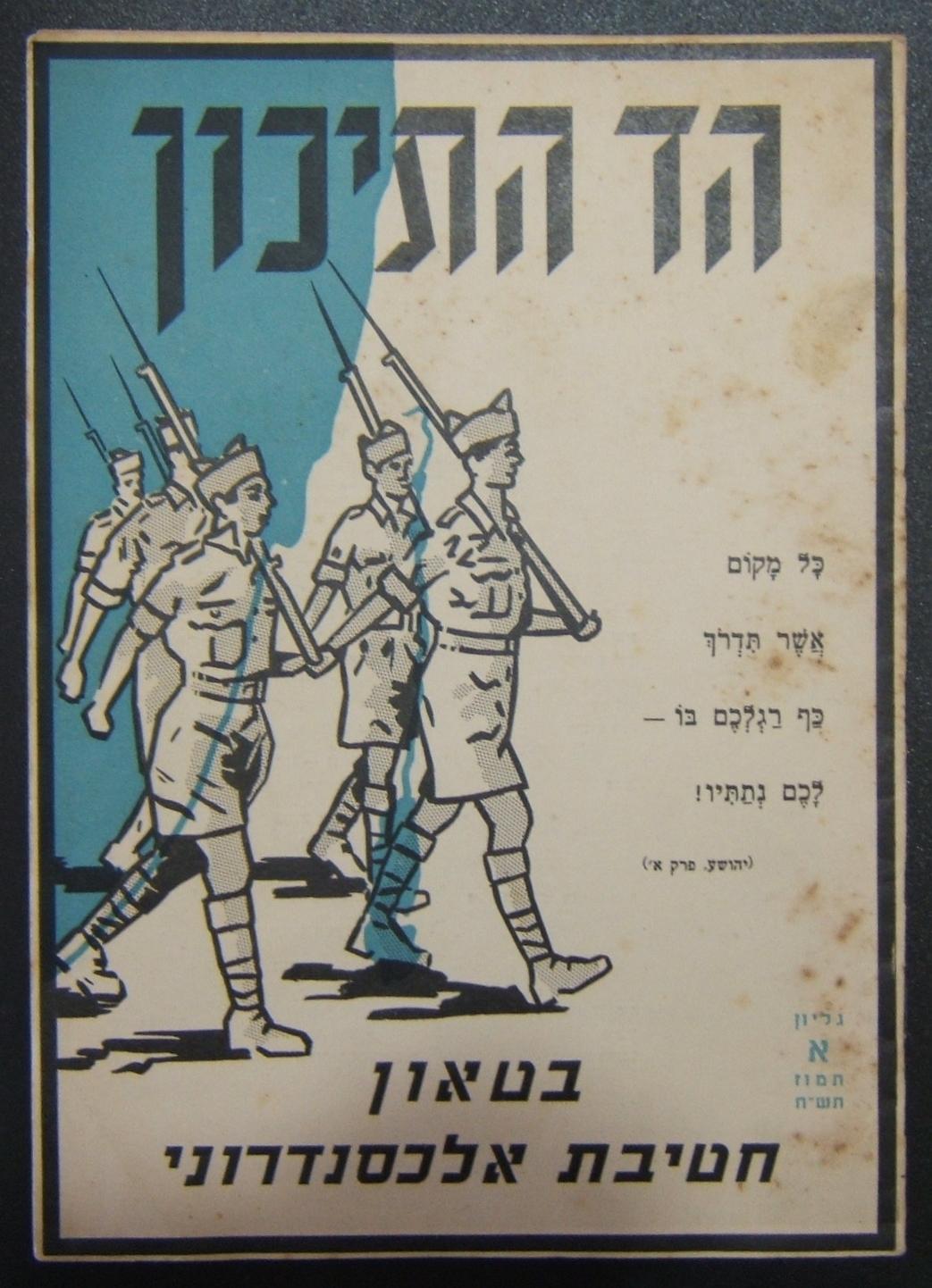 Hover to Zoom, Click to Enlarge
Ask a question about this product
Log-in to Bid
Description
War of Independence 'Alexandroni Brigade' journal, issue 1 of July-August 1948: illustrated cover and back-cover, with another 14 printed pages containing articles, reminiscences from the battlefield and from leisure time, poems and songs, jokes and sports events. The issue begins with a greeting by Dan Even, the Brigade commander. The cover is entitled "Echo of the Mediterranean", with a quotation from the Book of Joshua; the editors were Michael Deshe - a famous writer and poet, and Emanuel Zamir - a lyricist and poet who rose to prominence in the 1950s. Of note, in June 1948 Even and the Brigade were involved in the 'Altalena affair', and in August Even was promoted to General and appointed commander of the eastern front. In near-mint condition, with a few foxing marks on the cover.