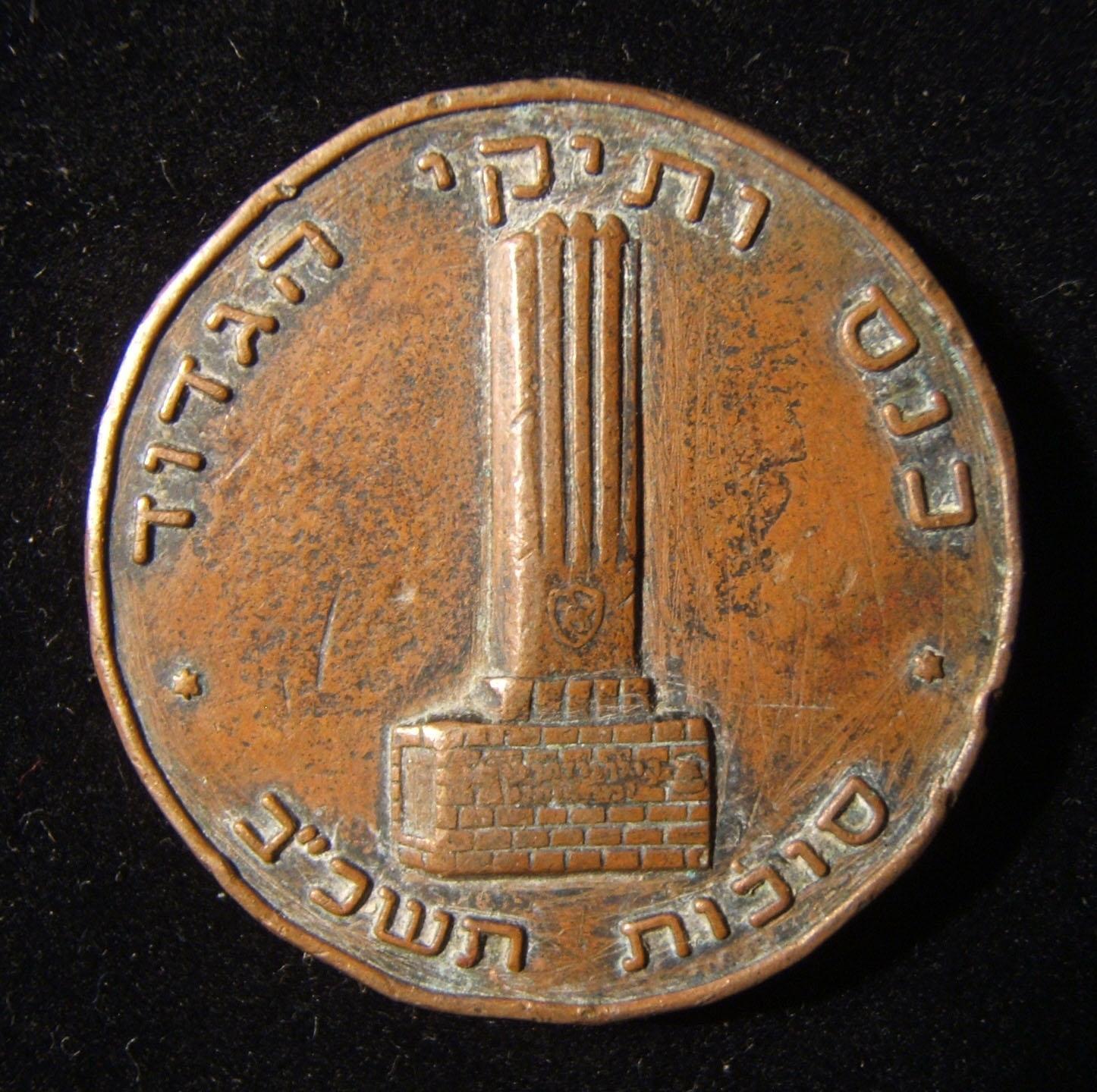 Hover to Zoom, Click to Enlarge
Ask a question about this product
Log-in to Bid
Description
Givati infantry Brigade 54th Battalion veterans assembly commemoration medal, 1961: struck in copper; no maker mark; weight - 57.7g; size - 42mm; thickness - 5mm. Obverse bears image of the battalion's memorial monument with legend "Assembly of Veterans of the Battalion - Succot [Jewish holiday] 5722 [1961 as Succot falls before Dec. 31]"; on reverse the battalion's emblem with legend "Battalion 54 Givati". The battalion's monument was erected 10 years earlier, in 1951 by the architect Gustav Meyerstein, in the area where the battalion fought in the War of Independence (1947-49), near Kibbutz Negba. The three arrows at the peak of the monument symbolize the forces of the southern front in operation "Yoav", which breached the Egyptian closure on the Negev desert. On the monument is the legend "To the wanderer on your way down to the Negev - remember us". In VF, but a solid and nicely designed token.