Israeli Army/IDF/Hagana Etzioni...
◀ Back to: Auctions 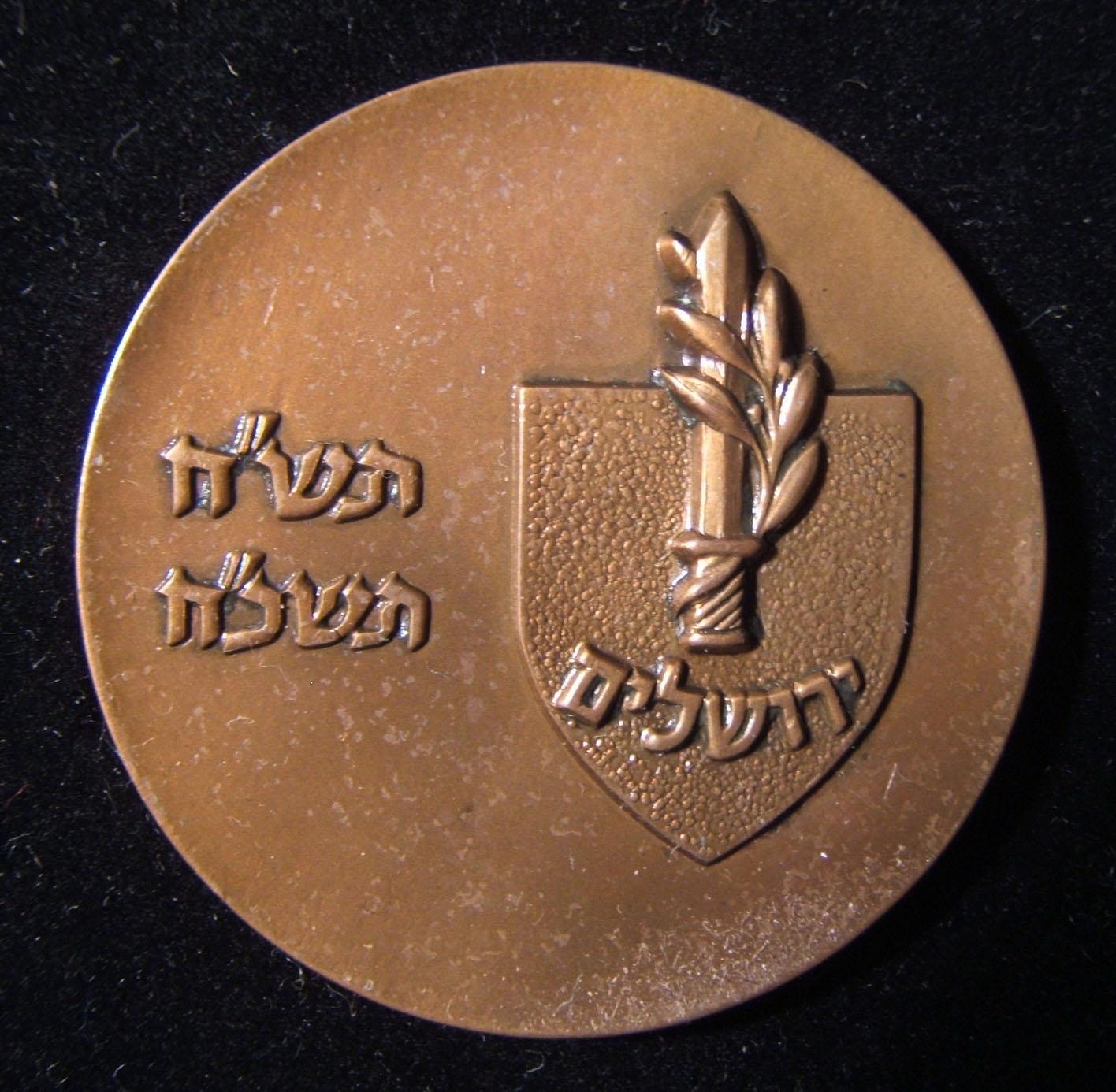 Hover to Zoom, Click to Enlarge
Ask a question about this product
Log-in to Bid
Description
Etzioni Brigade 20th anniversary conference, 1968; struck in tombak; no makers mark; weight - 32.5g; size - 45mm. Obverse depicts the emblem of the "Defender of Jerusalem" (an award issued to those who served in a military or governmental capacity in besieged Jerusalem during the War of Independence) and the Hebrew dates 5708 [1948] and 5728 [1968]; on reverse the emblem of the Brigade's conference - the walls of Jerusalem with he legend "Etzioni Conference" surrounded by the Hebrew legend "On Your Walls O Jerusalem I have Set Watchmen" and "5728 - 1968". The 6th Etzioni Brigade was one of six infantry Brigade raised from the pre-State Hagana defense force, and was assigned to defend the area of Jerusalem as well as protecting the armored convoys which brought supplies from the coastal region to besiged Jerusalem and its environs. In UNC; JTM-MM-4.