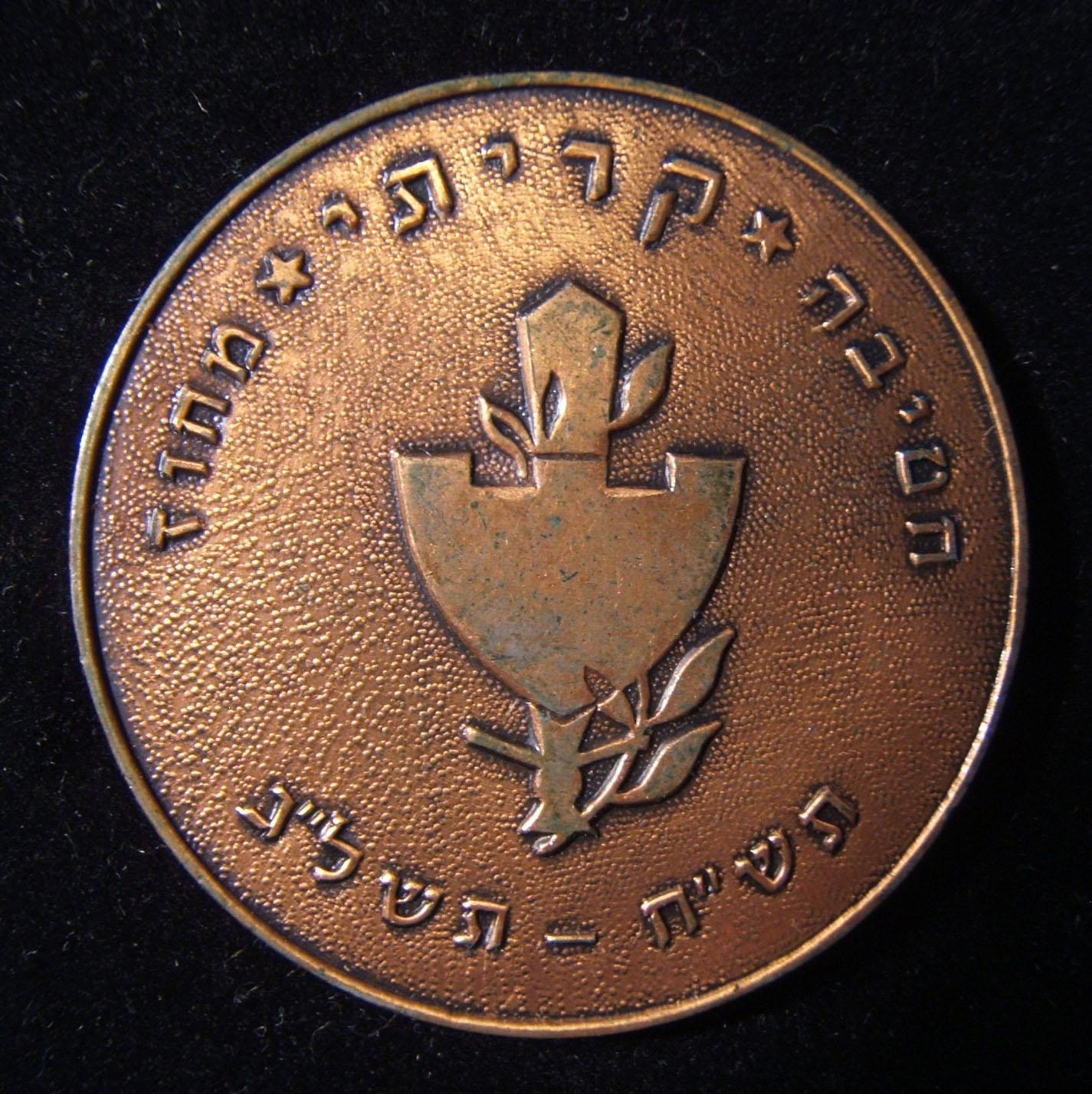 Hover to Zoom, Click to Enlarge
Ask a question about this product
Log-in to Bid
Description
Kiryati Brigade 25th anniversary commemoration token, 1973; struck in tombak; no makers mark; weight - 36.4g; size - 44mm. Obverse bears Brigade's emblem of a crenelated battlement (the word "Kirya" from which the Brigade derives its name, means "complex" or built-up structure) set upon the IDF's emblem, with legend "District Brigade Kiryati 5708 [1948] -5733 [1973]"; on reverse the official emblem of Israel's 25th Anniversary surmounted by olive branches. The 4th Kiryati Brigade was one of six infantry brigades created from the pre-State Haganah, and was assigned the region of Tel Aviv-Yaffo to Bat Yam and Holon in the War of Independence. In VF-EF.