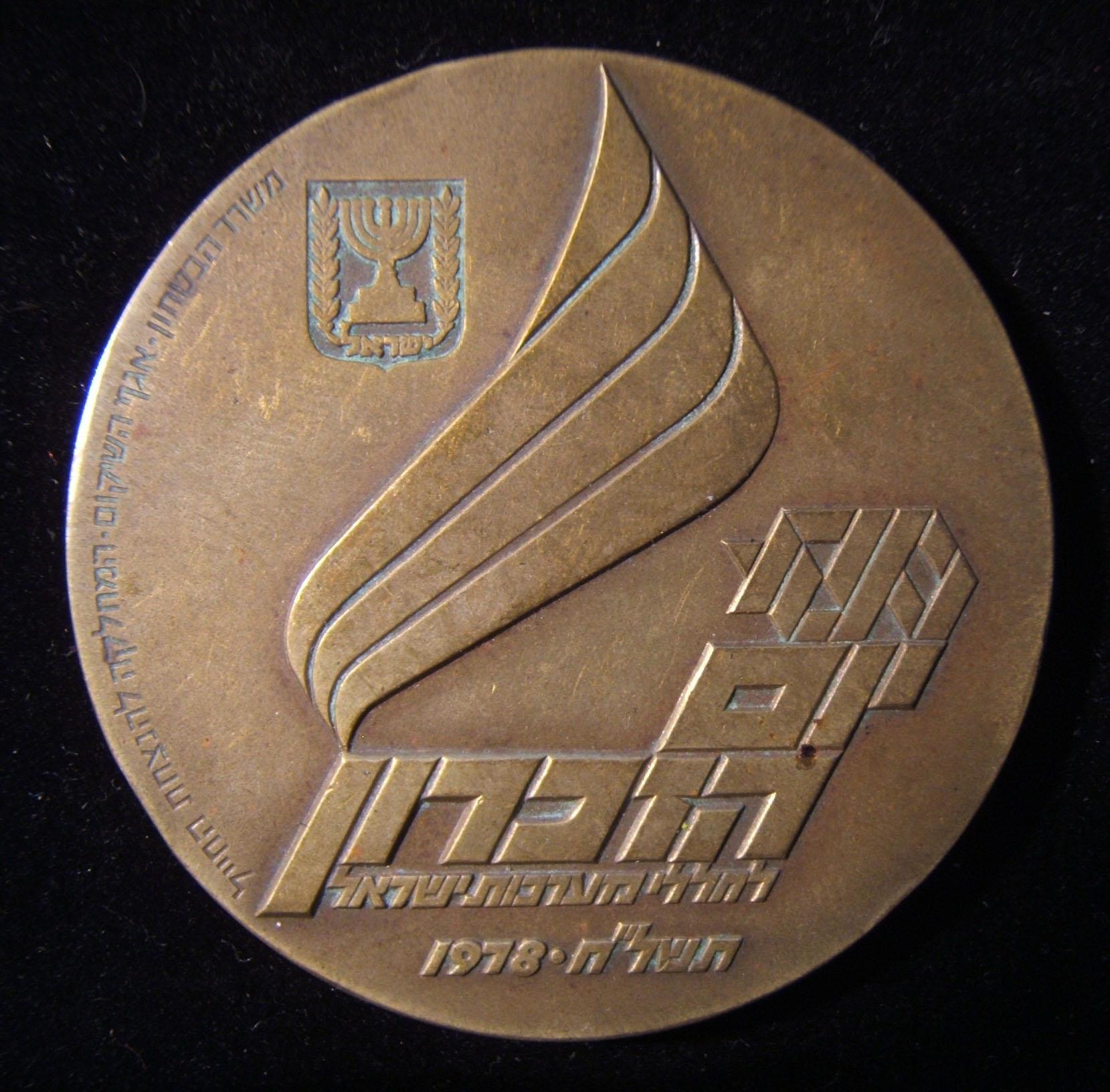 IDF Israel's 30th Remembrance Day commemoration medal, 1978; struck in bronze; no maker mark; weight: 92.25g; size: 59mm. Obverse bears miniature of the State Arms and stylized legend incorporating the official emblem of Israel's 30th anniversary celebrations (which makes sense as Memorial Day and Independence Day are always one day apart - Memorial Day is marked first), with legend "Memorial Day to the fallen in Israel's battles 5738 - 1978" and along the edge "Ministry of Defence - Rehabilitation Division - Department for the Commemoration of the Soldier"; on reverse an image of Western Jerusalem with walls of the Old City in foreground, with legend "In Honor of the Warriors". The medal would have been issued to families of the fallen; in VF-EF with a few traces of oxidation.