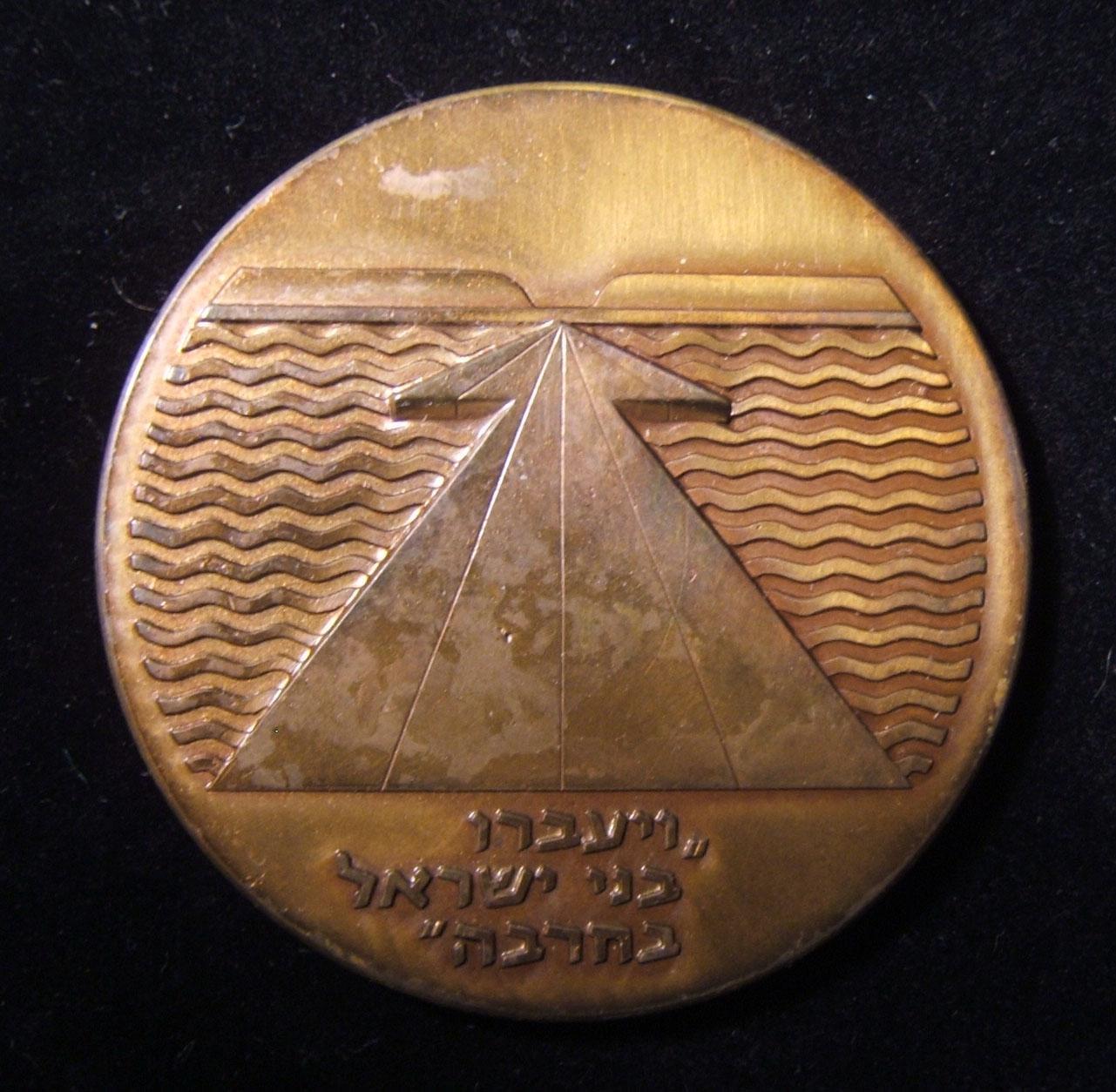 Hover to Zoom, Click to Enlarge
Ask a question about this product
Log-in to Bid
Description
IDF "Crossing Battalion" ("Gdud Tzlikha") Yom Kippur War commemorative medal, 1973; struck in bronze; no maker-mark; weight, 92.1g; size, 59mm: obverse depicts simple map of north-western Sinai peninsula with arrow marking the area of the crossing of the canal, with legend in Hebrew "Crossing Battalion | Yom Kippur War | Crossing of the Suez Canal 16.10.1973"; obverse shows a stylized arrow crossing a body of water towards dry land. Though not identified on the medal and not specifically encountered in the War literature as "the" Crossing Battalion, chances are this medal commemorates the 264th armoured battalion of the 421nd brigade (of Ariel Sharon's 143rd division), which crossed the canal on the 16th with 21 tanks in 'Operation Stout-hearted Men'; this force was preceded by brigade engineering company of the 247th reserve paratroop brigade, on the 13th, who were actually the first Israeli forces to cross the canal. In UNC, with lacquered surface.