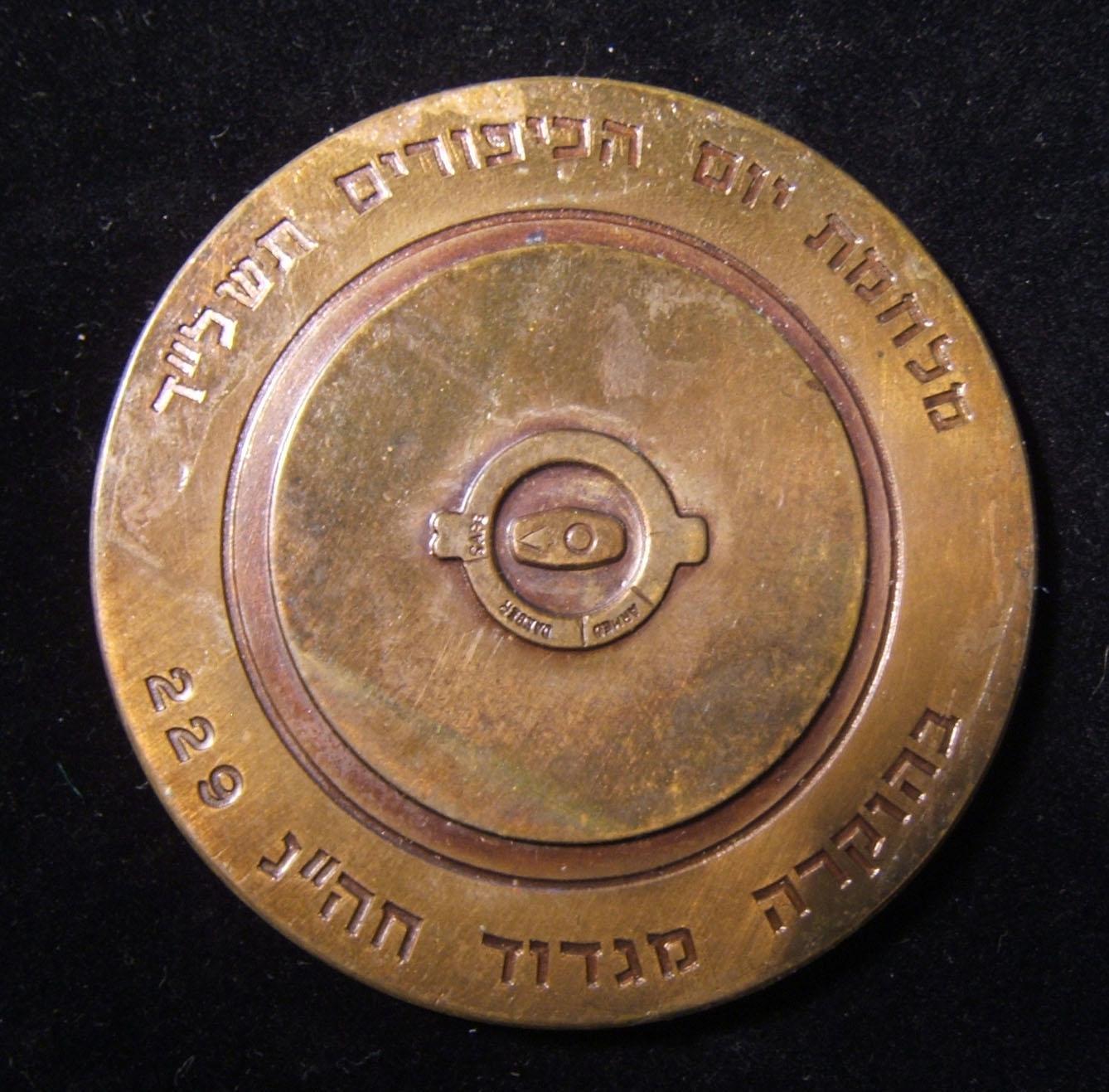 Hover to Zoom, Click to Enlarge
Ask a question about this product
Log-in to Bid
Description
IDF 229th Engineers Battalion ("Gdud Handassa") Yom Kippur War uniface commemorative medal, 1973; struck in bronze; no maker-mark; weight, 86.15; size, 59.5mm: obverse depicts the arming device of a weapon, with Hebrew legend around edge "Yom Kippur War 5734 | In Recognition by the Engineering Battalion 229". Battalion 229 under the command of Lieut.-Col. Nissim Ben-Shushan was assigned to the 143th Division commanded by Ariel Sharon, and was the first unit of the IDF to cross over the Sinai Peninsula into continental Africa (Egypt) during the War (19 October 1973). The battalion cleared mines and removed surface obstacles to enable the rest of the force to penetrate into Egypt, and it also fought against Egyptian commando forces in the area. A relatively obscure unit in the literature of this war, it may have been a reserve unit rather than a permanent standing force. In UNC, with lacquered surface.