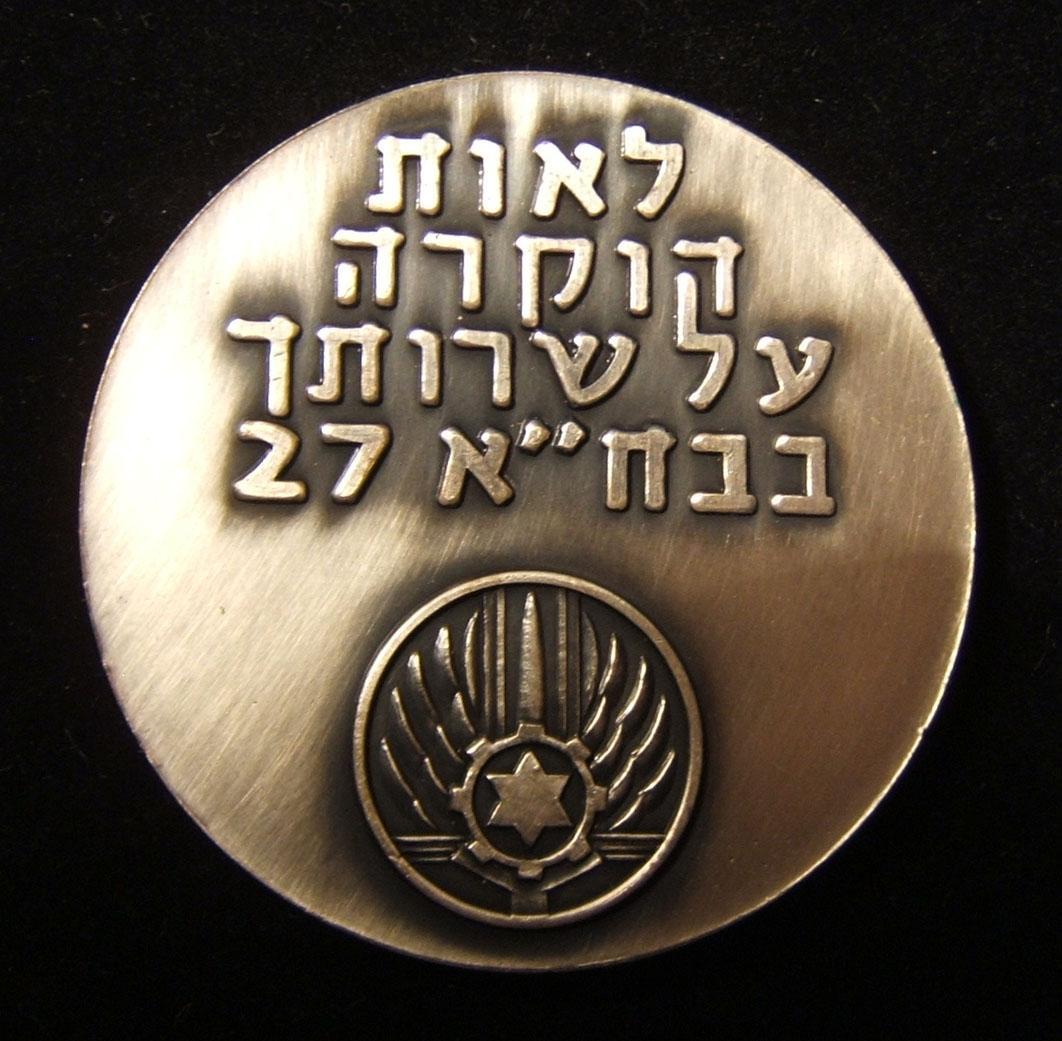 Israel Air Force Base 27 (Lod) uniface recognition medal (ND); struck in bronze; no maker-mark; weight, 93.6g; size, 59.5mm: obverse depcits symbol of the IAF bases with legend above in Hebrew "In recognition for your services at Air Force Base 27". Probably a 1973 Yom Kippur War medal of recognition for the services of the recipient. Base 27 was the base at Lod airfield (known in Hebrew as "Basis Kheyl haAvir Lod", whose civilian airport there is the Ben Gurion International airport), and serviced transport aircraft. Among the important wartime transportion operations that would have occured in Lod, the American airlift of arms to the IDF (starting 14 October) would have been one of the most critical. Base 27 closed in 2008 and was transferred to the Nabatim base (Base 28) in the Negev. In UNC, with lacquered surface.