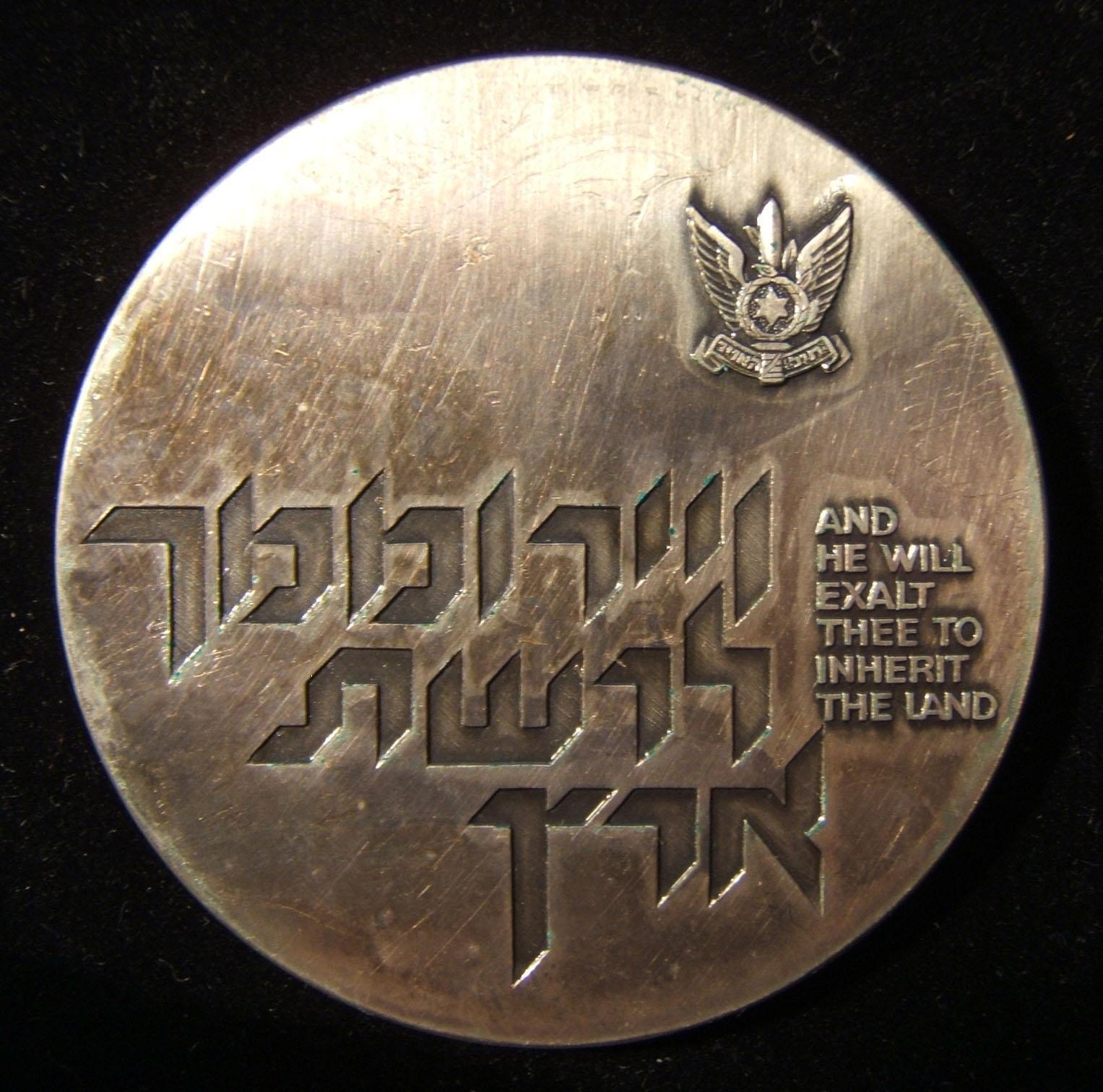 Israel Air Force appreciation medal, circa. 1973; struck in silvered bronze(?); no maker mark; weight: 79.3g; size: 59mm. Obverse bears stylized image of 11 airplanes in motion with legend in Hebrew "In Appreciation from the Air Force"; on reverse the emblem of the air force (with old style of writing the name "Kheyl Avir" rather than "Kheyl HaAvir") with quotation from the Book of "Tehilim", "And He Will Exhalt You to Inherit the Land" (strangely spelled with two letters "yud" instead of one in "ViYeromemkha"). Likely issued in appreciation of service by a foreign citizen around the time of the Yom Kippur War (1973), and a good instance would be the air train of supplies sent to the IDF during the war to replenish its weapons stocks. In AU-UNC, with lacquered surface and a few specs of light green oxidation.