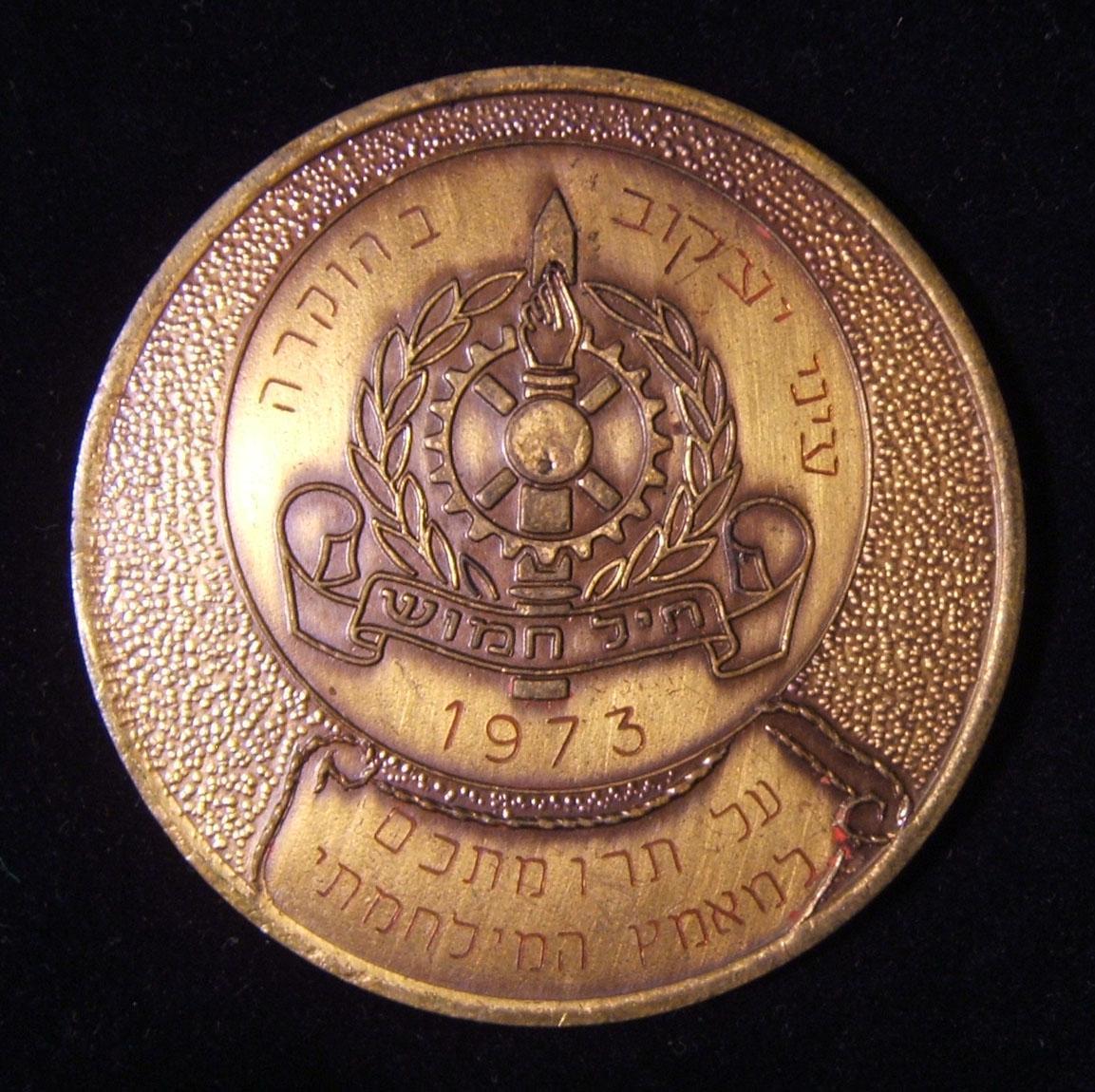 IDF 6800th Center for Combat and Replacement Equipment ("Matzlakh") Yom Kippur War commemorative medal, 1973; struck in bronze; no maker-mark; weight, 81.65g; size, 60mm: a pre-designed medal for the Ordinance Corps ("Kheyl Khimush") and engraved for this specific unit; obverse depicts the Corp's emblem with Hebrew legend "The Eyes of Jacob in Recognition | 1973 | For Your Contribution to the War Effort"; reverse depicts seven small images of the activities of the Corps, with this unit's name engraved in the center. Not to be confused with a different force known also by its initals as "Matzlakh" - the "combat photographers center" of the Communications Corps, this force's responsibility is to manage the stocks of ordinance inventory in the IDF's supplies. An obscure sub unit within an important force during the war: as the IDF lost a lot of equipment in the initial surpise attack on Israel, the Ordinance Corps' work was vital in re-servicing damaged equipment in order to resupply the military. In EF-AU with a few light surface scratches and a few signs of red paint (perhaps the medal originally bore some red color).