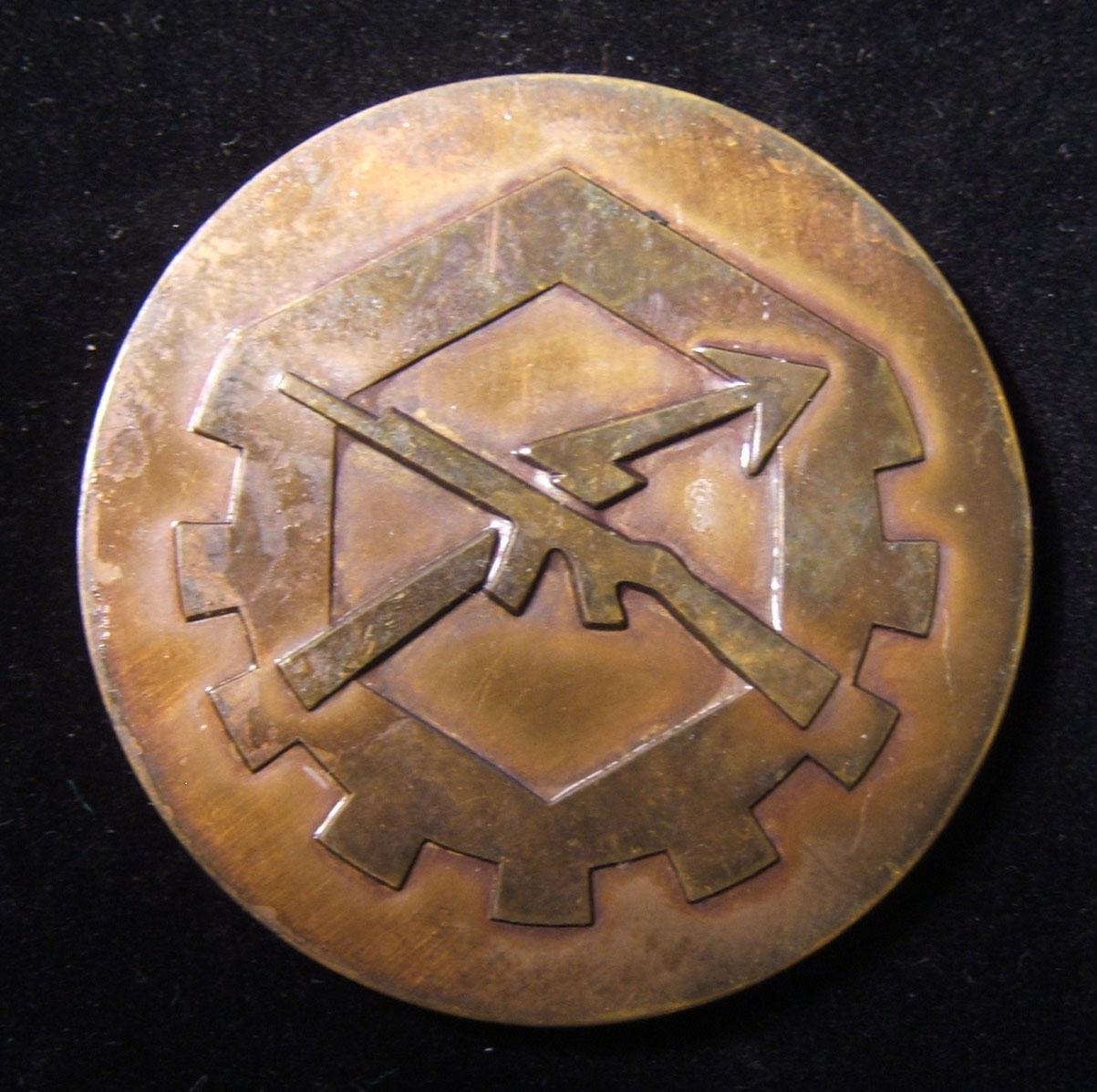 IDF 6800th Center for Combat and Replacement Equipment ("Matzlakh") appreciation medal (ND); struck in bronze; no maker-mark; weight, 91.95g; size, 58.5mm: unlike the lot above this is a specially designed medal for the 6800th "Matzlakh" - obverse depicts five images of the Center's work with legend in Hebrew "From Matzlakh 6800 in Recognition"; reverse depicts the emblem of the Matzlakh. As the medal doesn't bear a specific recipient's name, this may be a unit-specific token of appreciation from the 1973 Yom Kippur War, like the others shown above. In UNC, with lacquered surface.