WWII collaborationist Waffen-SS Danish...
◀ Back to: 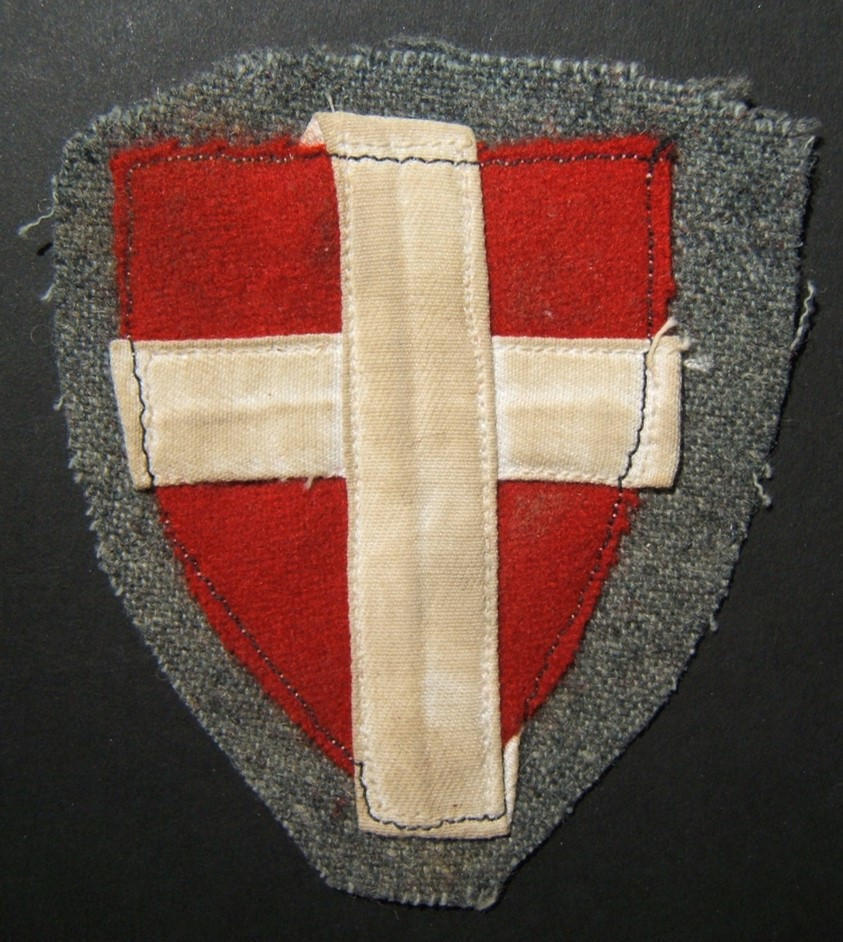 Hand-made armshield badge of the Danish volunteers of the Danish Free Corps ("Frikorps Danmark") of the Waffen-SS, 1941-43. The Free Corps was raised in June 1941 and fought on the eastern front, notably at Demjansk, and was disbanded in May 1943. Former members of the Free Corps later served in different military units, including the SS Grenadier Regiment "Danmark" of the 11th Nordland Division (1943-45), as well as in the rough Schalburg Korps security organ. The armshield is in excellent, preserved condition, and appears made out of the pieces of a Nazi armband all stitched onto a swatch of a Waffen-SS uniform sleeve. Contemporary research from Denmark reveals that a sizable number of the Frikorps members were exposed to the perpetration of - and in some cases, participated in - the Holocaust (as camp & Ghetto guards, "SS Doctors" and in shooting details), in the course of its service in Poland and the Eastern Front; members of the subsequent Waffen SS Regiment Dänemark participated in the October 1943 roundup of Danish Jews.