Military patch of WWII Finnish...
◀ Back to: Auctions 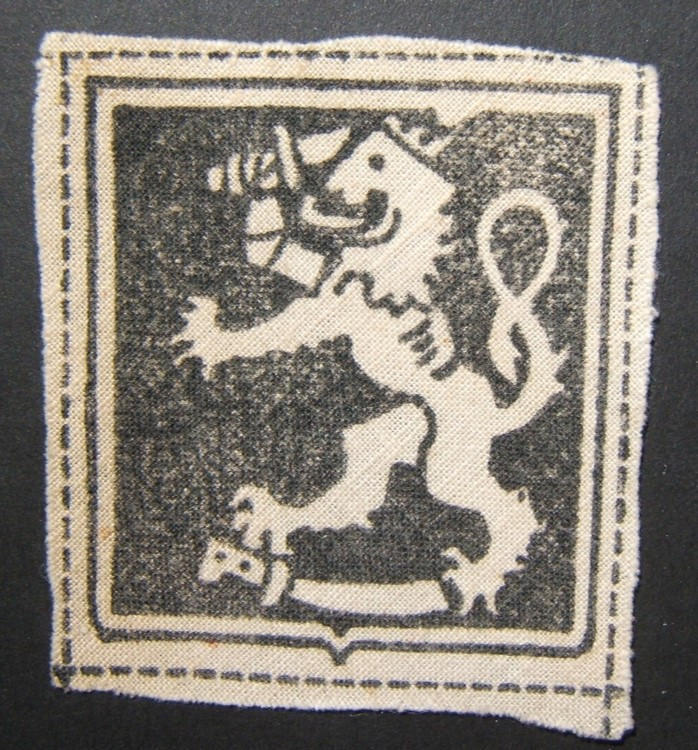 Armshield badge of Finnish volunteers in German military service, circa 1941-43. This armshield was probably worn by members of the Finnish Volunteer Battalion of the Waffen-SS ("Finnisches Freiwilligen Bataillon"), formed in June 1941 (and disbanded in June 1943). It may also have been worn by Finnish volunteers serving in the 5th 'Wiking' Division of the Waffen-SS, or in the NSKK or Organisation Todt. This is the printed version of the national emblem, cut from sheets, and the border is visible on this piece. Excellent, preserved condition. Specifically regarding the volunteer battalion, which numbered 1400 soldiers, contemporary research from Finland shows that several of its members (and in its conclusion, broadly many members) committed atrocities in the Holocaust (willingly or less so), particularly in the Ukraine in 1941 (in one letter, an SS private objected to being on a shooting detail because "for the execution of Jews, less skilled personnel would have sufficed"); some 46% of the unit's members identified as adherents of fascism.