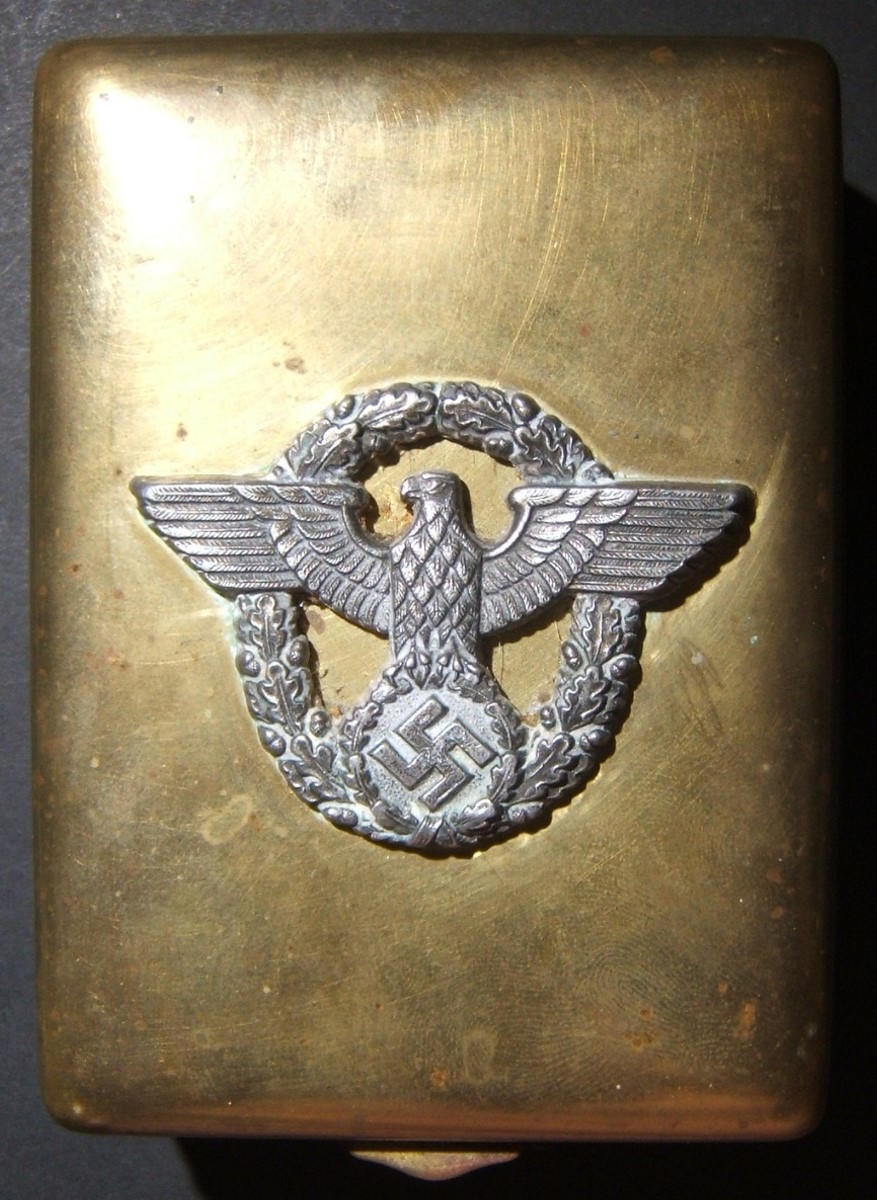 Hover to Zoom, Click to Enlarge
Ask a question about this product
Log-in to Bid
Description
Third Reich 'Ordnungspolizei' (regular police & emergency services) cigar box: brass colored metal-cased wooden box with emblem of the Nazi regime's police affixed on top; not maker-marked; 8 x 11.1cm, 213.2g. The emblem displayed is the definitive version bearing the left-facing eagle above a wreathed Swastika, adopted as the Orpo's emblem well before WWII. The base is covered in black felt. The Nazi-era regular German Police encompassed some 34 different functions, including forestry and foodstuffs - as well as military formations and participation in the implementation of the Holocaust. The Orpo was one of 3 police forces in the Third Reich (next to the Sicherheitspolizei (Sipo) "security police" which include the Gestapo, and the Sicherheitsdienst (SD) "security service [of the SS]") - all equally unsavory in the annals of the Holocaust: the Orpo fielded the "Police Battalions" tasked with the mass murder of Jews in the East, while the "Einstazgruppen", tasked with the same, were subordinated first to the SiPo and then to the SD (though it actually drew much of its manpower from the OrPo); the "green police" as Anna Frank called them at the time of her arrest, were members of the OrPo (whose uniform was green). The lower-right top edge of the wooden inncer-case has been chipped off; there are apparent glue marks on the left and right inner walls of the wooden box. Unusual.