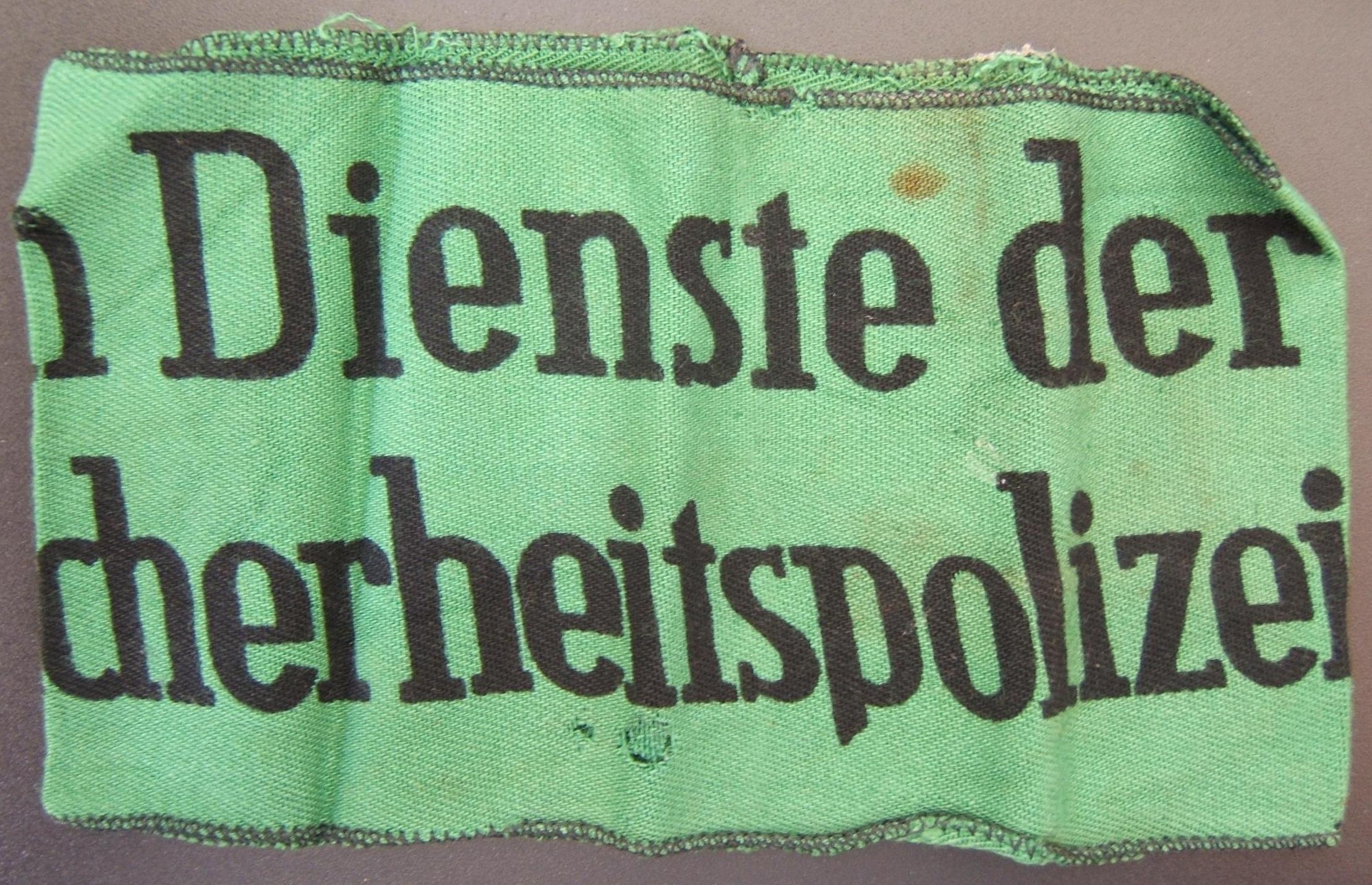 Hover to Zoom, Click to Enlarge
Ask a question about this product
Log-in to Bid
Description
Nazi occupied Eastern Europe "Im Dienst Der Sicherheitspolizei" ('In service of the security police') green armband w/black printed text; length: 36cm. Issued to members of paramilitary forces raised locally by the Order Police (Ordnungspolizei, green-uniformed police subordinated to the SS) or the Sicherheitsdienst (SD, 'security service' of SS), and known as "schutzmannschaft" ('protection troops'); as such, involved in anti-Semitic & anti-partisan operations. Some say issued 08/1944 to non-combatants or to guards of foreign prisoners, but use of green armbands for such auxiliaries dates back to 1941 & this may pre-date 1944.