WWII original photograph related to...
◀ Back to: 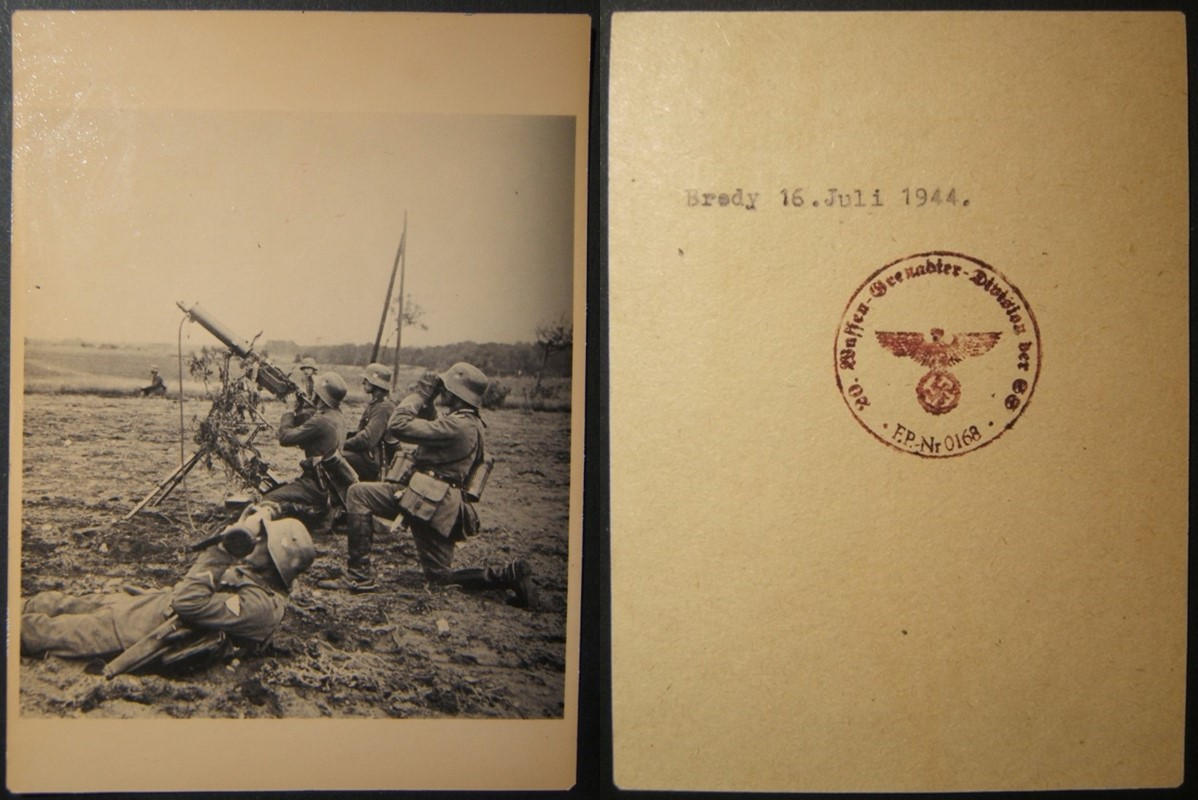 Hover to Zoom, Click to Enlarge
Ask a question about this product
Log-in to Bid
Description
World War II curiosity: German military press photograph captioned at back "Brody 16 July 1944" and issued by the 20th Waffen-Grenadier Division of the SS (the 1st Estonian Division), whose circular stamp is on the back (the FP number may be a 'feldpost', field post office number) - however, the soldiers depicted are in Wehrmacht (Army, not Waffen-SS) uniforms, and the 20th Division at this time was fighting further north, in Narva, and not in Brody. Brown-toned paper, light surficial dirt on top left area of front; otherwise mint. This item is being presented as a genuine article but its circumstances are unclear.