WWII original photo related to 600th...
◀ Back to: Ephemera 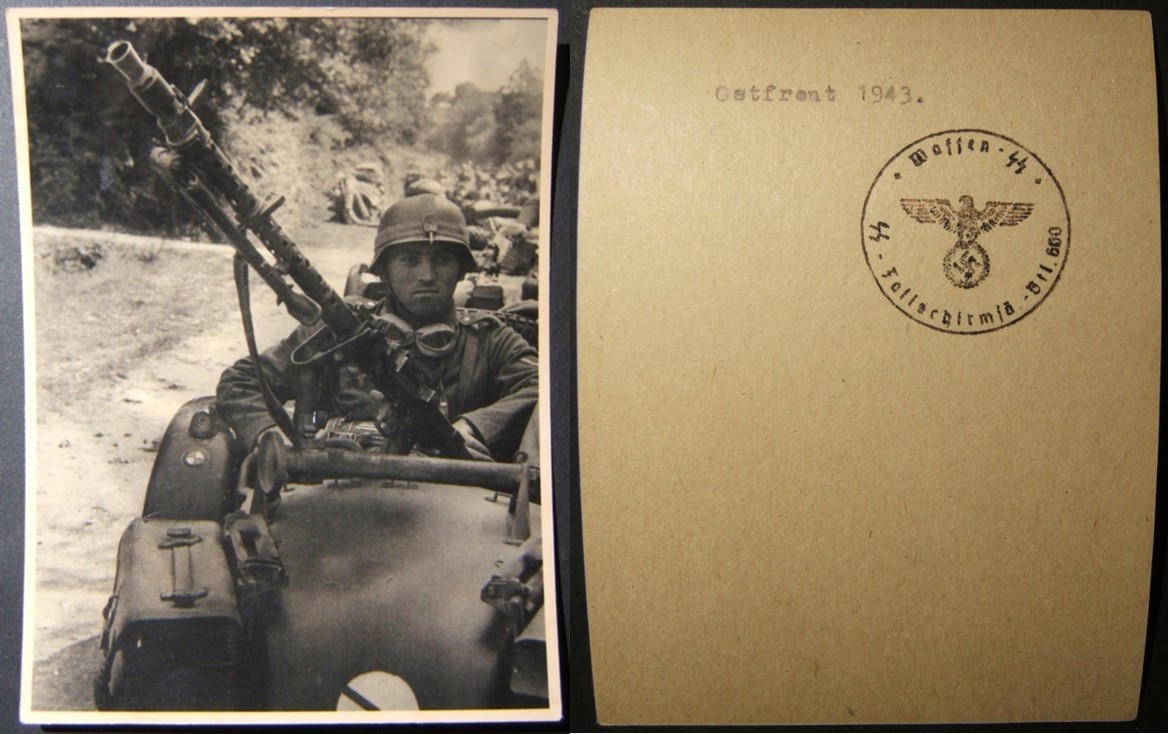 Hover to Zoom, Click to Enlarge
Ask a question about this product
Log-in to Bid
Description
World War II curiosity: German military press photograph captioned at back "Eastern Front 1943" and issued by the 600th SS Parachute Battalion (SS-Fallschirmjäger-Bataillon 600), whose circular stamp is on the back - however, the soldier seen in the BMW-marked side-car of the motorcycle sports the Luftwaffe styled eagle and Swastika patch (over his right pocket) - and the 600th Battalion was only formed in October 1944, being an obscure and little documented unit associated with Germany's commando hero (and future Mossad contract-agent), Otto Skorzeny; its predecessor, the 500th Battalion was formed a year earlier from Waffen-SS members only, and made operational only in 1944. Brown-toned paper, slightly curved; mint. This item is being presented as a genuine article but its circumstances are unclear.